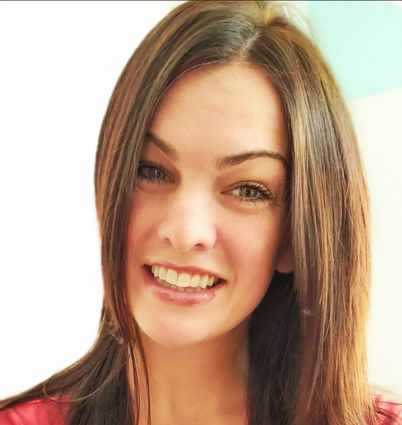 She has a son. She is active in the Sidney and Cheyenne County Community. She is in a battle against Stage 4 Metastatic Pancreatic Cancer and Adenocarcinoma of the liver.

Stephanie Hajek is a lifelong resident of Sidney, daughter of Cathy (Wolff) Hecker, and a graduate of Sidney High School.

She started working for Cabela's the same year she graduated from high school, eventually transferring to the corporate offices.

She was diagnosed with cancer in July of this year and soon began chemotherapy.

"I first had abdominal pain for a few weeks. I went in to figure out what was wrong. I was told that I had pancreatitis and was put on a clear liquid diet for six weeks because it was the only thing that made my pain subside," Hajek said.

She had many tests, CT scans and MRIs and nothing was found as to why she had pancreatitis. She had a liver biopsy that came back as adenocarcinoma of the liver on July 11.

"The following week I had a scope done to locate the tumor. A 4 mm tumor was located on my pancreas. I started chemo the week after," she said.

The hope is to shrink the tumor and become a candidate for a partial pancreas removal.

She is still working at Bass Pro/Cabela's while undergoing treatment.

A benefit Ride or Drive Poker Run and Silent Auction was held Aug. 24 to assist her with expenses related to her treatments.

On Sept. 17, she met with her oncologist who reported the tumor in her pancreas is shrinking, and the multiple spots on liver and lymph nodes are "dead cells," meaning the cancer cells are dying, according to her Facebook posts.

The support of her family and friends resulted in an effort called "Team Steph. I am still standing."

To register for the tournament, email [email protected] Registration is due by Oct. 1.