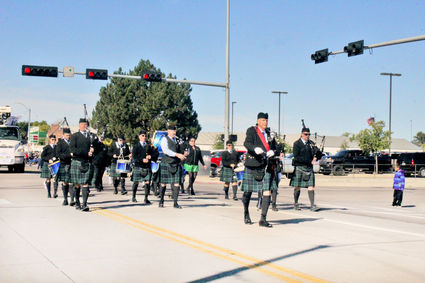 Just past noon Friday, there was a reverent disruption to the increasingly rowdy celebrants west of Sidney.

The annual Oktoberfest celebration got underway with the official sampling of the beer, a formal act replacing the tapping of the keg.

The mugs were poured with a sample of beer. Cooks had their bratwurst and sauerkraut and numerous other options ready as the Sidney's 45th Oktoberfest kicked off Friday afternoon. During the ceremonial sharing of the suds, Gene Lienemann was recognized as a member of the original Sidney Oktoberfest committee. He is also known as a local clown and his u...