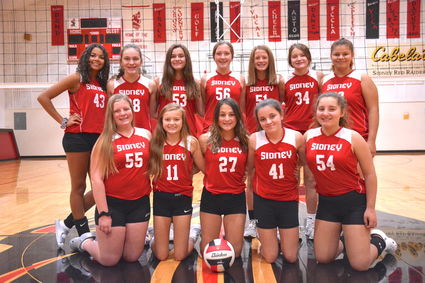 The Sidney Seventh Grade A and B Volleyball Teams capped off perfect 2019 seasons on Monday night, October 7th, by sweeping Scottsbluff.  "Not only did the girls finished undefeated, they also won every match in straight sets," said Red Raiders Coach Jack Thorpe. He added, "That rarely happens at any level in volleyball, and to have two teams accomplish this feat is almost unheard of."

Sidney won regular season games against Gering, Kimball, Sterling, Alliance, Ogallala, and Scottsbluff.  The Raiders were champions at the Gering Invitational where they beat Chadron, Scottsbluff, and Tor...