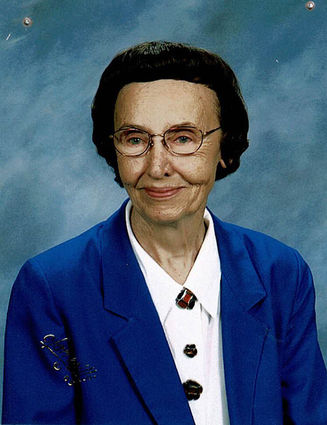 She was born on a farm and loved to help her dad with the farm chores. She also took time to be a pen pal to servicemen overseas. After Rosalie's father died in 1945, the family moved to Sidney. There she was employed at the telephone Company and was a member of Trinity Lutheran Church. In Sidney, she met her husband Calvin and they married March 6, 1949.

The family was transferred by Marathon Oil to Cody, Wyo., with their two sons in 1966. Rosalie had taught swimming lessons in Sidney and continued when she came to Cody. Her husband Calvin passed away in 1987. Rosalie was a talented artist and seamstress and part of the quilting group at Trinity Lutheran Church until her passing. She was a beautiful person in and out and will be greatly missed.