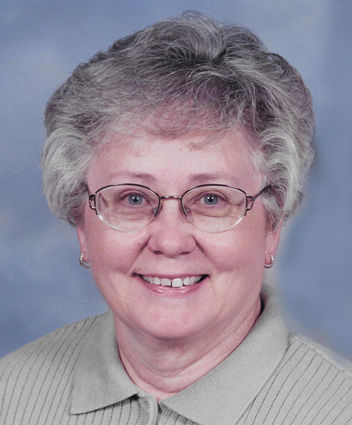 Funeral Services were held at 10:00 a.m. Tuesday, January 28, 2020 at the Chappell United Methodist Church with Pastor David Abbott officiating. Burial followed in the Chappell City Cemetery. Memorials can be made to the donor's choice.

Holechek-Bondegard Funeral Home and Cremations in Chappell is serving the Reichman family.

Karen Ruth was born December 6, 1938 on her grandparent's farm east of Chappell to Glenn and Ruth (Williamson) Clark. She was raised in Chappell and graduated from Chappell High in 1956.

Karen was united in marriage to Lester Reichman on May 22, 1956. Following their marriage Lester received orders to Fort Sill near Lawton Oklahoma. After completion of Lester's service the family returned to Chappell with their son Bill. Making their home in Chappell they welcomed their daughters Tammy and Vicky.

Karen worked throughout her entire life, Cabelas, Kripal Motors and the City of Chappell among the many places. She loved playing cards, was an avid bridge player with several local clubs and any family gathering always include playing card games. She also enjoyed sewing and quilting and was a part of quilting groups. In her spare time she enjoyed gardening and painting and blessed us with several masterpieces.

Karen and Lester were members of the United Methodist Church.

Karen was preceded in death by her parents, Lester's parents, and brothers Ray Clark and Dallas Williams.