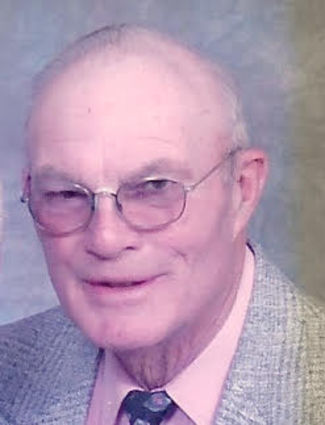 Funeral services will be held at 2:00 P.M., Friday, February 28, 2020 in the Gehrig-Stitt Chapel with Pastor Mike Sullivan officiating. Burial will follow in the Greenwood Cemetery. Friends may stop at the Gehrig-Stitt Chapel on Thursday from 1-7:00 P.M. with family present from 4-6:00 P.M. In lieu of flowers, contributions may be given to Convoy of Hope by phone at (417) 823-8998 or P.O. Box 1125, Springfield, MO 65801 or to the Parkinson's Foundation at Parkinson's Foundation, 200 SE 1st Street, Suite 800, Miami, FL 33131 or Parkinson.org. You may view Ron's Book of Memories, leave condolences, photos and stories at http://www.gehrigstittchapel.com.

Ronald Lynn Fulton was born on January 25, 1930 in Sidney, the only child to Elmer and Hattie (Eversman) Fulton. Ron graduated from the Lorenzo High School and then farmed with and for his father and uncles in the Lorenzo area. Ron was married to Myrna Thurow in September of 1957 and became the proud father of one daughter, Shelley, in 1960.  He continued to be a steward of the land until he retired in 2005, Ron served on the board of the Farmers Coop Elevator in Lorenzo, and was an active member of the Dalton Assembly of God Church.

Ronald was preceded in death by his father and mother, aunts and uncles.

He is survived by his wife of 62 years, his daughter Shelley and husband Kent Mattson of Lincoln, and many extended family members.