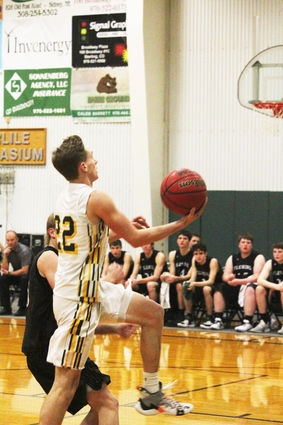 Senior Cooper White ended his high school basketball career with a loss against the Briggsdale Falcons in the third place game at the CHISAA Regional Tournament in Sterling on Saturday.

Peetz's Bulldog Basketball team entered the CHSAA 1A District Tournament as the seven-seed facing the No.2-seed Fleming Wildcats on February 26.

After losing to the Wildcats by 10 in mid-January, the Bulldogs hoped the lessons learned from the close two-point loss to Fleming on February 18 could lead to a third try upset. Peetz needed a hot start and seniors Cooper White and Markus Bernhardt led the Bulldog offense to a 25-to-10 first quarter lead that gave the underdogs a big cushion and dictated the pace of the game.

Fleming was able to get their offense on track in the second quarter,...