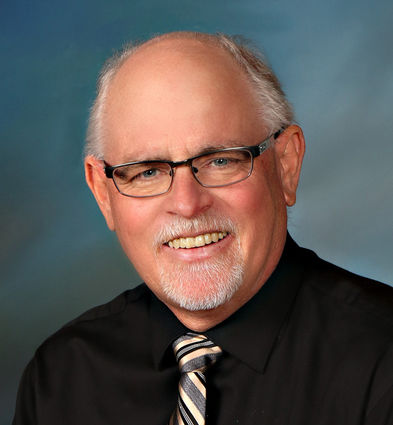 The parish rosary will be said at 6 p.m. on Friday, June 5, 2020, at St. Patrick's Church. The funeral will be held at 10 a.m. on Saturday, June 6, 2020, at St. Patrick's Catholic Church with Fr. Mike McDermott officiating. Inurnment to follow at Greenwood Cemetery. The family is requesting that everyone planning to attend the funeral service wear either green (for everything Irish) or dark blue (colon cancer).

Memorials may be given to St. Patrick's Catholic Church or the Sidney Night of Hope.

Dr. Mike Neal was born October 25, 1960, in York, NE, to Paul Neal and Barbara Rhodes. Mike was the oldest of three children. He graduated from Centennial High School in Utica, NE, in 1979. He attended UNL, where he met his future wife, and was accepted into dental school a year early by the UNMC College of Dentistry. He received his DDS degree in 1986. After a one-year associateship in Newman Grove, Spalding, and Loup City, Nebraska, Dr. Neal purchased his own practice in Sidney. He began practicing dentistry there in June of 1987 and continued up to the time of his passing. He was a Level IV graduate of Ortognathic Bioesthetic Institute (OBI). Mike enjoyed giving back to dentistry by working as an adjunct instructor for the UNMC College of Dentistry and had functioned as a host of UNMC's Western Dental Days since 2005. He served as the West District President, Treasurer, Delegate and Trustee. He was serving as the Secretary of the Nebraska Dental Association at the time of his passing.

Mike believed strongly in volunteerism. He served as School Board President for St. Patrick's Catholic High school and was heavily involved in the church. He served many local and state offices of the Nebraska Junior Chamber of Commerce (Jaycees), including State President in 2000, and was also appointed to a national office. He was a passionate supporter of the Nebraska Mission of Mercy.

Mike enjoyed his sports teams: the Nebraska Cornhuskers, the Green Bay Packers, and the KC Royals.

He loved to golf and bowl. He was a member of the Knights of Columbus and was a life time Senator of the Jaycees International.

Mike married his wife, Christi Deaver in July of 1984 at St. Patrick's Church in Sidney, NE. They have three children: Patrick, Sean, and Megan.

Mike is survived by his wife of 35 years, Christi, his mom and stepdad, Barb and John Rhodes of Utica, two sisters, Cathy (Bill) Munger and Susan (Brian) Tormey of the Phoenix area, and his 3 children: Patrick and Megan of Sidney and Sean (Hannah) of Wayne, NE.

He is proceeded in death by his father.

Mike's message to us would be, "Get your colonoscopy!"