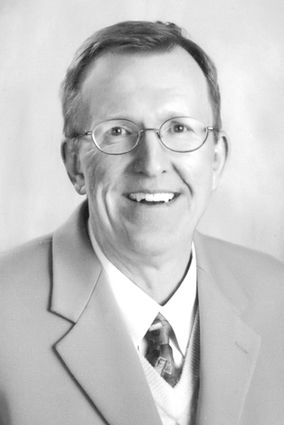 Rosa Parks and her husband Raymond lost their jobs in the backlash from Montgomery, Alabama’s successful bus boycott to end segregation on that city’s buses.

In the late 1950’s, the couple moved to Detroit, Michigan, in search of better jobs. There, in 1964, Rosa offered her opinion.

“I don’t feel a great deal of difference here from Alabama,” she said. “Housing segregation is just as bad, and it seems more noticeable in larger cities.”

By Rosa’s words and actions, one can see the circumstances that shaped her life: discrimination, segregation, desire for a better job, for better housing, and a willingness to risk a move to the north.

During the “Long hot summer of 1967,” race riots ignited in cities across the United States. In June riots erupted in Atlanta, Boston, Cincinnati, Buffalo, and Tampa. In July, it was Birmingham, Chicago, New York City, Milwaukee, Minneapolis, and Detroit’s turn to burn.

The Detroit riot was the worst. It began on July 23, 1967, and lasted for five days. A confrontation there between the city’s black residents and the Detroit police resulted in 43 dead, 1,189 injured, 7,200 arrests, and nearly 1,400 buildings torched.

On July 28, President Lyndon Baines Johnson commissioned eleven people—two black men, eight white men, and one woman—to investigate, issue a report, and answer three questions: What happened? Why did it happen? What can be done to prevent it from happening again and again?

The Governor of Illinois, Otto Kerner, chaired the commission, and John Lindsay, New York City’s Mayor, served as Vice-Chairman. The Kerner commission issued its report on February 29, 1968, and it became a best-seller.

The report identified three levels of intensity that caused African-Americans to feel frustrated, stymied, excluded, forced into a restricted existence, with little opportunity to advance or escape.

The crucial issues that the rioters pointed to are: police, jobs, housing, education, and racism.

The report stated, “To some Negroes, police have come to symbolize white power, white racism, white repression, and that many white police do reflect and express these white attitudes.”

As for jobs, it stated, “Men who are chronically unemployed or employed in the lowest-status jobs are often unable or unwilling to remain with their families.

The handicap imposed on children growing up without fathers in an atmosphere of poverty and deprivation is increased as mothers are forced to work to provide support.”

As for housing, the blacks complain bitterly that they have little choice but live in dilapidated highrise apartment buildings in the city, rather than in ranch-style homes on lots in the suburbs.

As for racism, the Commissioners resorted to the most direct and blunt words.

“Race prejudice has shaped our history; it now threatens to affect our future.” “White racism is responsible for the explosive mixture which has accumulated in our cities.” “Pervasive discrimination and segregation has resulted in an exclusion of great numbers of blacks from economic progress.”

In the report’s short Conclusion, the Commissioners mentioned “one of the first witnesses to appear before the Commission, Dr. Kenneth B. Clark, a distinguished and perceptive scholar.” Dr. Clark said,

“I must in candor say to you members of this Commission—it is a kind of Alice in Wonderland with the same moving picture re-shown over and over again, the same analysis, the same recommendations, and the same inaction.”

President Johnson received the Kerner Commission’s report, but dismissed its recommendations. A month later, on April 4, 1968, James Earl Ray shot and killed Martin Luther King, Jr., at the Lorraine Motel, in Memphis, Tennessee, causing intense and fierce riots to break out in more than 100 cities.

Fifty-three years have passed since the “Long hot summer of 1967,” and we see some progress in race relations, but not close to enough, and the same issues remain fixed, stuck in place: police, jobs, housing, and education. What is the solution? We might refer to the Kerner Commission’s details.