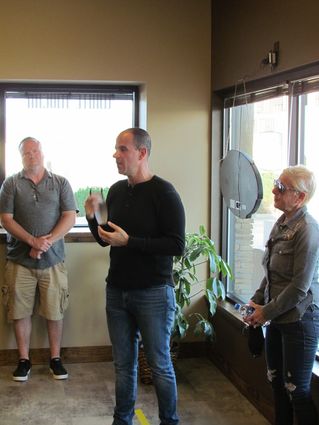 Monday afternoon any rumors or hopes of the next business interest in Sidney became official as the CEO of Camping World RV & Outdoors announced plans to open a location in Sidney.

Marcus Lemonis, chief executive officer of Camping World, announced Monday evening his intent to open and distribution center and a retail location in Sidney. The announcement was made at a reception at Beans & Steams Coffee House.

Lemonis quickly said he is planting his flag in Sidney, metaphorically and as grand as can be. He said he likes flags, big flags, and intends on flying a large American flag at the new...