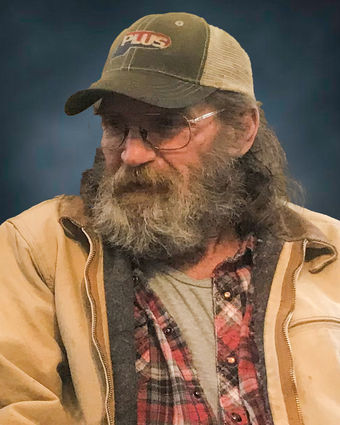 Michael R. Norwood, age 62 of Sidney, NE left this world for God’s ultimate fishing trip on July 26, 2020. Memorial services will be held on Thursday, August 6th, in the New Heart Fellowship Church in Sidney with Pastor Pete Morgan officiating. You may view Slim’s Book of Memories, leave condolences, photos and stories at http://www.gehrigstittchapel.com.

Mike was born to Frank and Louise (Sweet) Norwood in Rawlings, WY. Third oldest of seven children. His family moved to Sidney in his early childhood, where he spent his youth running the hills, alleys and roof tops on the northside of town. He was a free spirited, good ol’ boy known to his family and friends as “Slim”.

He was a jack of all trades but really enjoyed and excelled in concrete and masonry work. He would not quit until the job was complete and correct. He was known to tear a job down and start over if it wasn’t done to his exceptionally high standards. Only those who had the privilege to have worked alongside him could truly understand and appreciate the knowledge, dedication and pride he brought to every job.

He used those same skills and values to help throughout his community of family, friends, and neighbors. If he saw someone in need, he gifted. If it was broken, he fixed it. Never asking for anything in return.

Mike’s favorite place to be was one of his fishing spots. So much so that when he went fishing, if someone was in his spot he might just turn around and come home, no matter how long the drive.

The love of Mike’s life was his family and he made sure that they knew it. There was nothing he would not do for them, except perhaps to fish in a different spot.