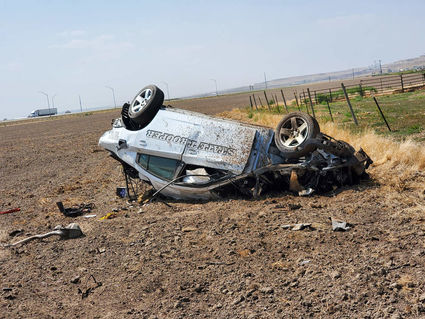 The Cheyenne County Sheriff’s Office is investigating a situation that occurred Sunday afternoon near Sidney, during which a suspect stole a Nebraska State Patrol cruiser, in an attempt to avoid arrest, and crashed a short time later.

Early Sunday afternoon, NSP received a report of a Cadillac SUV passing other vehicles on the shoulder on Interstate 80. A trooper located the vehicle east of Sidney, as it was traveling westbound on I-80 at 92 miles per hour. The trooper performed a traffic stop at mile marker 58.

Another trooper arrived on scene to assist in a probable cause search of the...