A Moment of 'Mental Vacation' 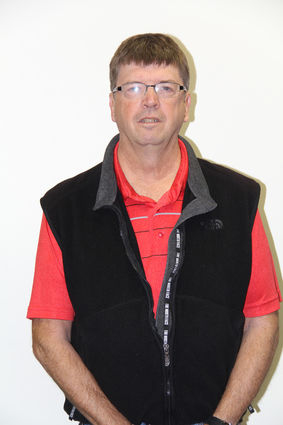 I went for a ride recently using a variation of my typical routes.

That alone isn’t a big deal. It is like throwing a dart at the board and deciding “today I’m riding the bowtie route (bowtie because it is wide at both ends and crosses in the middle. Call it a figure-eight if you like),” or I’ll start on the bowtie and take a left instead of a right.

That is effectively what happened on this ride. I went on a route that is reasonably quiet, traffic was mostly a half-mile away across the grasses and the road was not great but acceptable. It was a nice balance for a breezy start to the day.

Reaching my turn-around point I was also presented a view that could have as easily fit a painting of 150 years ago. Ignore the noisy interstate traffic and there before me were bluffs, one a step down from the one before it, and that one a step lower than the one before it and so on in succession.

It was like viewing stairs in nature, the Creator built his own stairway to the Panhandle.

Reviewing the last several weeks, a fantasy writer could ask if his character needs a top-shelf parachute for when society’s train goes over the cliff, or a cryogenics process that lets you sleep through the madness and wake up in the newest version of Shangri-la. The quick glimpses into other people’s neighborhoods is enough to make a person ask how big is this Crazy Train. We have neighborhoods in major metro areas looted and torched, vandalized in the name of protest. We have police officers assaulted physically and verbally, opponents of the current law and order system ok with people walking away from official police contact and then blaming the police officer when he or she has to gain control of the scene.

Then there are places like Chicago where the mayor blames the federal government for her city’s gun violence, claiming most of the guns are coming from out of state and the feds need tighter gun control laws. She is the same one who blocked protests from her residential block, claiming she needed to stay safe, protect her home.

We have business owners of all races angry at the protests, and those shirt-tailing the events, for destroying their business that has been serving the community for generations. Videos have surfaced of protestors, if that is what these are, harassing diners, demanding they showing support for BLM. Whether you do or not, how is it productive to invade a restaurant’s service area and scream at patrons?

Several years ago, I did some teaching in a unique environment. One of the lessons I learned from a workshop for teachers is do the opposite of what feels natural. When someone raises their voice, a person in a position of authority, especially a person new to their duties, is tempted to raise their voice to keep pace. It is a semi-subtle “I am in charge,” but seldom plays out that way. Before long, the message on both sides is lost and it becomes a shouting match or the student is removed from the classroom.

Conversely, if a teacher consciously addresses the class in a calm, even quieter than normal tone, the students have to quiet themselves to hear. Sound familiar? There are issues that have come up we do need to address. But we need to ask how well these messages are getting carried out when the outcry is drowned out by the sound of breaking windows, the smell of burning buildings, the scene of people getting pulled out of the cars for no more crime than taking the wrong turn and getting caught in a bad neighborhood.

My ride allowed me a few moments of quiet time when I could forget the social carnage that over-stimulates anyone with even a cursory exposure to the media. It allowed me a moment to remember all is not lost.

Hopefully, those who are waving the banner of societal change will realize the image of war-torn business districts is overwhelming their message and seek a way to reign in those whose behavior implies anarchy more than justice.