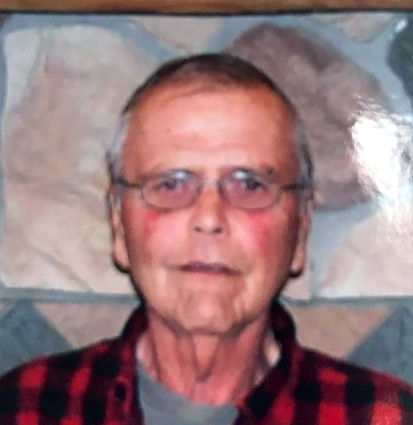 Clifford E. Beyer, age 75, entered into eternal rest on September 28, 2020 in Garden County Hospital, Oshkosh, NE, after a lengthy stay in several hospitals due to an infection in his bones including his spine.

A Rosary service will be held at 1:30 P.M followed by a Mass of Christian Burial at 2:00 P.M. Both services will be at St. Mary’s Catholic Church in Dalton, NE with Father C.P. Varghese and Father Bryan Ernest officiating. Inurnment with full Military Honors will follow at St. Mary’s Cemetery in Dalton. Friends may stop at the Gehrig-Stitt Chapel on Monday from 1-7:00 P.M. to sign Cliff’s register book and leave condolences for the family. The family will be present from 4-6:00 P.M. The family has established a memorial to the Sons of the American Legion in Dalton, NE and St. Mary’s Catholic Church in Dalton.

You may view Cliff’s Book of Memories, leave condolences, photos and stories at http://www.gehrigstittchapel.com. Gehrig-Stitt Chapel & Cremation Service, LLC is in charge of Cliff’s care and funeral arrangements.

Clifford Earl Beyer was born on August 30, 1945 to Willis F. and Sylvia M. (Bayne) Beyer in Sidney, NE. Clifford attended grade school at Dalton and in 1960 he began attending St Patrick’s Academy in Sidney, NE graduating from there in 1963. Upon graduation Clifford enlisted in the U.S. Navy serving from 1963 to1968. His stint in the Navy took him overseas and to Vietnam earning him the rank of Yeoman Petty Officer 2nd class. Upon leaving the Navy Clifford attended Barber School in Omaha, NE in 1969. During that time, he also attended Omaha University studying to become a coach and worked helping to build a nuclear power plant in the Omaha area.

In 1971 Clifford returned to Dalton to help on the family farm and barber at the local barber shop. In 1975 Clifford became a rural mail carrier for a route west of Dalton, which he continued to deliver for forty-three years. In 1993 he went to work for Cabela’s distribution center. Clifford enjoyed fishing and for some time had a cabin at Lake McConaughy but was also known to accompany friends and family to fish in Montana as well as Canada. Clifford also enjoyed riding his Honda Gold Wing Motorcycle. Clifford was a very kind and generous person.