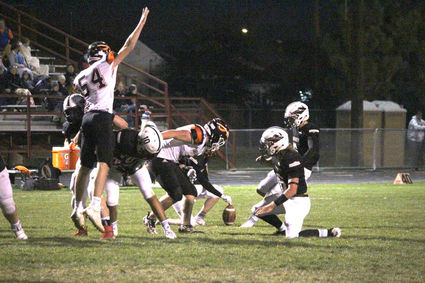 Sidney’s Red Raider football team suffered another home loss, their second in a row where they were unable to score, making it three shut out losses at home on the year as they fell 26-to-0 to the Ogallala Indians Friday night at Weymouth Field in Sidney.

Ogallala received the ball first, and both teams had trouble moving the ball and traded punts through the opening minutes of the contest. Ogallala was finally able to get into Sidney territory on a long pass completion that brought them to the Sidney 44 yard line. A few plays later, Ogallala junior Cameron Zink broke away and rushed 4o y...