Adventures on the Homefront 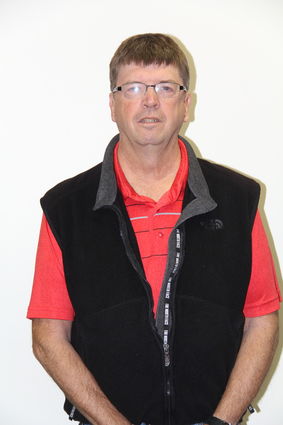 We have a dog, again. Or maybe better said is he has us.

I used to smile at, maybe quietly question, people who had the “100 pound lap dog.”

The examples I think of were probably 100 pounds or more by the time I met them, or maybe not. The end result was the same, a dog big enough to request his own zip code also indignantly acts like his has a place on the couch, the love seat, the bed... even snooping on the countertop.

I remember watching the movie “Marley and Me” and thinking “you guys need some intervention.” Of course the family with “Beethoven” had a similar experience, except ours is not a St. Bernard, or a Golden Retriever. A dog who is so playful and full of energy is living the proverbial bull in a china shop leads to the empty-nester feeling like his house is full of children, again.

Now, I know this view in the neighbor’s house is probably going to get me a call from a friend with one of those real messages: “Now, son (actually she’s closer to my daughter’s age). You need to get hold of this problem. Why didn’t you call sooner?”

Well, because Day One, my new house guest would have loved on me until the next daylight, with one caveat. He wouldn’t go in the house. The closer we got to the threshold, the more he dug in and resisted. He could play though. He could play like a six-year-old on an energy drink (no, I do not condone such an act.). The night of his introduction to his Sidney address, he ran and barked and jumped until I felt blessed my neighbors are forgiving and understand the process of introducing a dog to his new home. The night we parted for the rest of the short night. He slept... somewhere in the yard or the garage. I surrendered to an attitude that wasn’t ready for the inside of a new house. That is, until the next morning.

I wake the next morning to the sun rising, and our new “child” approaching the porch like he couldn’t wait to see me. It didn’t take long for the warmth of the house to supersede his fear of entering the doorway.

Having a new dog in the house is like saying “Yes! I would love to learn a part-time occupation. You know, like carpet cleaning, window repair, closed cabinet construction, and behavior modification.”

At this early stage, I’m already saying “I never thought I would be the one with a lap dog that dominates the couch, the one where I need to put common kitchen items in the cabinet and off the counter.”

My wife is quick to say “he’s your dog.” I have to admit when she first said that I looked around to see what he had done. Think about it. Compared to a child, when the adult in the house comes home to “take your son with you to the store” you do it gladly to give the other parent time to cool down, while wondering what led up to the occasion. This time, however, it is about how “the parent” got adopted. It truly is an adventure, one that by the end of the day I wonder who is training whom. To be clear, behavior is improving, but it is a process.