A Vision of Nebraska's Veterans 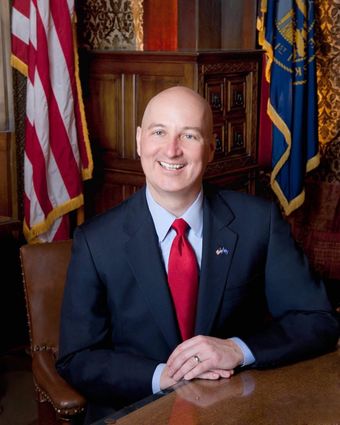 The U.S. Department of Veterans Affairs creates a theme for Veterans Day each year.  For 2020, the theme is “Vision: Veterans in Focus.” It’s a reminder to remember the years of service and sacrifice our nation’s veterans have given throughout our country’s history.  It’s also a call to look toward the future of supporting and showing gratitude to those who serve.

As Americans, the peace and prosperity we enjoy wouldn’t be possible without our veterans.  Time and again throughout our republic’s history, brave men and women have ventured into harm’s way to protect the freedoms we hold dear.  Through many wars and national challenges, Nebraska has always given strong support to our troops and shown exceptional care to veterans.

This year marked the 75th anniversary of the end of World War II.  The war required the entire nation to pull together, not just in the fight overseas, but also to perform the work that had to be done back home. Nebraskans stepped up to meet the challenge.  The U.S. military built four defense factories in Nebraska where civilians produced the ordnance and other supplies our troops needed.  With much of the male labor force away in Europe and the Pacific, women in Nebraska led the charge to run the factories and keep the economy moving forward.

The North Platte Canteen is another great example of Nebraskans serving our military service members during wartime.  The Canteen was an eatery at the Union Pacific railroad station in North Platte where millions of American troops made brief stops while traveling cross-country during World War II.

Dozens of local volunteers operated the Canteen around the clock to make sure the soldiers traveling through North Platte were treated like royalty.  The Canteen gained a national reputation for its amazing food and generous hospitality.  Though the Canteen operated less than five years, its spirit lives on.  In 2018, over 70 years after the railway diner closed, the community of North Platte recreated the Canteen to serve over 700 members of the Arkansas National Guard as they returned home from deployment.

While we can never fully repay the debt we owe to our WWII veterans and the generations of veterans following them, Nebraska is committed to being the most veteran-friendly state in the nation.  We are also expanding and modernizing the benefits we offer to support those who will serve our nation in the years to come.

From delivering new services to veterans to recognizing military caregivers, we’ve taken a number of steps to continue Nebraska’s rich tradition of support for the men and women who have defended America.  To help retain veterans in our state, I worked with the Legislature to deliver tax relief.  I signed LB 153 into law in August.  It exempts 50 percent of military retirement pay from Nebraska income tax, starting January 1, 2022.

The Nebraska Department of Veterans’ Affairs (NDVA) recently launched a redesigned website that makes it easier than ever for veterans and their families to find the benefits and services they are eligible to receive.  Additionally, NDVA has added a new live chat feature that allows veterans to speak directly with an accredited state service officer online.  This virtual option protects our veterans by allowing them to receive services without having to make in-person appointments during the pandemic.

We also want to make sure caregivers for veterans feel recognized and supported.  I recently signed a proclamation making Nebraska the fourth Hidden Heroes state in the country.  Created by the Elizabeth Dole Foundation, the Hidden Heroes campaign raises awareness of the incredible work of our military caregivers.

The State of Nebraska is working to give our military families access to great job opportunities in Nebraska.  I signed a regulation that enables military spouses to receive a three-year teaching permit in Nebraska with a valid out-of-state license.  We expanded the hiring preference in Nebraska to include spouses of service members.  We enacted a law to allow active duty military members or their spouses to be licensed realtors in Nebraska without paying a licensing fee, provided they have a valid license from another state.  We also entered into the Enhanced Nurse Licensure Compact, which allows nurses to have one multi-state license.  This makes it easier for military spouses to begin work in nursing after moving to our state.  We authorized DHHS, with the recommendation of the appropriate board, to issue temporary licenses to military spouses working in occupations regulated under the Uniform Credentialing Act.  Through these initiatives, and a host of others, the State of Nebraska is thanking our military servicemen and women in practical ways.  With these policies, we’re making great progress toward our mission of becoming the best state in the nation for veterans and military families.

Finally, on Wednesday, November 11th, our beautiful State Capitol will be lit green as a symbol of support for our veterans.  For those in the Lincoln area that evening, I invite you to drive by the lighted Capitol to reflect on the sacrifices our servicemen and women have made for this country.  I also encourage all Nebraskans to reach out to the veterans they know—their friends, family members, or neighbors—to thank them for what they’ve given to our country.  We owe them so much.