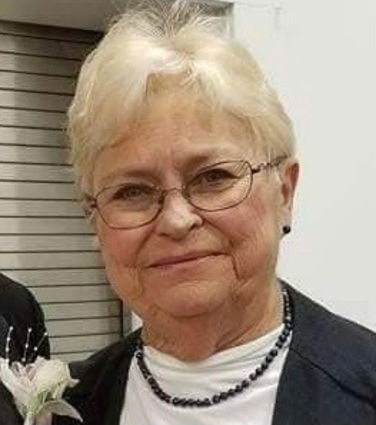 Janice Jordan died on November 5, 2020 in Sidney, NE. Due to the COVID-19 pandemic, a private memorial service will be held with Pastor Leon “Bud” Gillespie officiating. Cremation has taken place. In lieu of flowers, memorials may be made to Leyton Public Schools Foundation (Seth Robert Kruse Scholarship).

You may view Janice’s Book of Memories, leave condolences, photos and stories at http://www.gehrigstittchapel.com.

Janice Elaine Berry was born on May 18, 1950 in Scottsbluff, NE to Oness and Ruth (Richard) Berry. She attended elementary school in Gering. Her family moved to Dalton when she was in seventh grade. She attended Dalton Public Schools during junior and senior high school and her sophomore year at Oshkosh Public Schools. Janice graduated from A. C. Davis High School in Yakima, WA in 1969.

Janice married Robert “Bob” Horst on April 7, 1973 in Weyerts Immanuel Lutheran Church in Lodgepole, NE. They lived in Newcastle, WY for five years before returning to Gurley in 1979. During this time, Janice became an avid racecar fan for the World of Outlaws sprint cars and travelled to many races including the Knoxville Nationals. She attended her last race in August of 2019.

On February 11, 2006, Janice was united in marriage to John Jordan in the United Church of the Plains in Dalton, Nebraska. Together they shared a passion for traveling, camping, and seeking new adventures. They especially enjoyed their time in Arizona during the winter months.

Janice worked at Lodgepole Plaza Nursing Home and The Egging Company before beginning her career with Cabela’s in 1989. She took pride in her work and was excited to help build the new retail store. She had several roles within Cabela’s including call center Customer Service Representative, retail Customer Service Manager and Purchasing Secretary. Janice eventually became a Firearms Compliance Administrator. She loved traveling to new stores and training firearms audit compliance. She retired from Cabela’s in 2012.

Family and friends were very important to Janice. She provided at-home care for her mother until she was 100. She loved attending family reunions and missed very few over the years. She helped her daughter and son-in-law in their business ventures and attended as many of her grandsons’ activities as possible. Janice didn’t know a stranger and loved meeting new people as well as spending time with them. She enjoyed her jelly making hobby during retirement and was delighted to provide her creations to so many people.