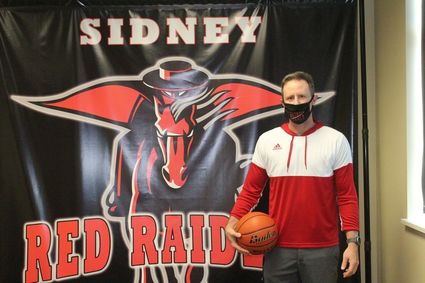 Over the past year, two area high schools have welcomed new Activities Directors, and both have faced unique challenges along with managing and implementing state-mandated COVID-19 policies.

A high school activities director’s day is already loaded with a multitude of tasks to ensure the many sport teams, clubs, theater and dance programs are scheduled, equipped and performed as efficiently as possible. Add the policies and requirements needed to perform all of these activities within the state’s changing COVID-19 requirements while tailoring the school’s policies to the needs of the local community and one can see the challenge this presents for a first year Activities Director.

Sidney High School and Potter-Dix High School have new activities directors, and both of their new hands have the background and support going into the job to ensure a smooth and successful transition to their respective schools. At Sidney High School, long-time Activities Director Mike Brockhaus announced just prior to COVID-19 breakout at the end of February that he had accepted a position in the Elgin school system.  Assistant Principal Paul Newland was tapped to take over for Brockhaus after the 2019 school year, prior to the pandemic hitting Nebraska.

Newland grew up in Harrisburg with parents that were educators.

“My dad was primarily working in High School, he head coached and was a Guidance Counselor, and my mom was a grade school teacher, so I grew up with an education background. Every weekend I’d see my parents working and I’d spend time with my Dad in the gym or counting inventory or helping Mom with projects, so basically I lived in a schooI since I was a kid,” said Newland.

After graduating from Chadron State College with an Education degree in 2006, Newland student-taught in the Mitchell school system, then at Geil Elementary in Gering. He also helped coach football and girls basketball in Mitchell. Shortly after, an opening came up in Sidney and he’s lived and has been working in the Sidney school system ever since.

Twenty miles west of Sidney at Potter-Dix High School, first year Activities Director Cory Michelman has taken over for Larry Baker, who acted as activities director and 7-12 Principal. The Board of Education decided that the activities director should be a separate position, and Michelman accepted the job.

Michelman graduated from University of Nebraska-Kearney back when it was still called Kearney State. He grew up in Lodgepole, graduating from Lodgepole High School in 1987 and was aiming towards a career in teaching or electrical engineering.

“Then I took Calculus 2 in college, and decided I didn’t want to think that hard for the rest of my life,” Michelman said with a laugh, “so I went with teaching.”

After graduating from UNK, Michelman took a few years to start his teaching career, first working on a farm among other pursuits while working as a substitute teacher and coaching at Lodgepole for nearly 10 years. In 2001, he then started as a full time teacher, and moved on to the K-8 school in Lisco, teaching 7th and 8th grade and Physical Education while coaching sports, and eventually becoming Athletic Director. He then moved to Creek Valley High School in 2004, teaching Science, Math and Physical Education while coaching numerous sports before moving to Potter-Dix High School to start the 2018 school year. In addition to Activities Director, he’s now also Head Coach of the Potter-Dix Boys Basketball team and Golf Team. Michelman is married and has a son who is a sophomore at Chadron State College, and lives just north of Lodgepole.

When Newland was offered the Activities Director position at Sidney High School, he felt it was a great fit since he had been in the Sidney system for a number of years and although it would be a new position with new responsibilities, his familiarity with the students and staff would ease the transition. Although he knew about long hours and preparation work required in his new position, he still ran into a few surprises.

“Managing the parking situation at the Cross Country events at Deer Run Park was more of a challenge then I realized. I think I walked 30,000 steps that first day,” he said with a laugh.

At every event, every sporting contest, and even at many away games, Newland and Michelman are busy making sure everything goes off without a hitch. As an activities director, their days start early and are filled with the numerous tasks necessary to complete within a certain time frame; then they need to be prepared for anything that could happen during a game or match. And when the events are finished, it’s back to the office for more work prior to leaving for the night.

Both men are able to rely on the guidance of other activities directors in the area as they grow in their positions. Michelman’s experience in other school districts has given him many contacts willing to help with his transition, especially Activities Director Joe Kupper of Creek Valley who he worked with for many years. Newland is in frequent contact with Mike Brockhaus, who has been more than generous with his time and advice as Newland becomes acclimated to his new position.

Michelman spoke about having to shut down the 2020 Spring Sports season when the COVID-19 outbreak hit Nebraska.

“It was tough. A lot of kids, especially in small schools, one of their main reasons for coming to school on a consistent basis is to participate in sports,” he said.

Both men explained in their own ways the value of extracurricular activities as students graduate and they go on through their adult lives. Although many of the subjects students learn in school are important, much of what they learn is rarely used in their adult lives on a daily basis while the lessons learned in sports and activities are used consistently throughout and form a solid foundation for a student’s life after school. From learning how to master a skill, the value of hard work, preparing for an event, and how to work as a team with other individuals, the activities they participate in during the school years develops their character.

Michelman said, “It doesn’t matter what kind of business you go in, if you don’t have the ability to prepare, work hard and work with other people as a team, you’re not going to be successful.”

Both men also identified being a resource and an aid to the coaches as a critical part of their jobs, and both could point to successes in their first year of their new roles. At Sidney, the cross country team made another successful trip to the State Championships while the volleyball team had a successful year with a trip to the District Championship game. Over at Potter-Dix, the long-suffering football team had a breakout year, with the team having an undefeated regular season, winning nine games in a row before falling in the semi-final round of the playoffs.

“It was a really special season, and the community really came together for the boys. It was great and everyone got involved,” said Michelman.

The successes were very necessary during a Fall Sports season that almost didn’t happen. The restrictions and the anxiety the students had to deal with were unique, but both men noticed the students responded well to the situation.

“Adversity has its own rewards, and these kids went through and continue to go through something that’s going to make them tougher and more resilient in the long run,” said Newland.

While both Sidney and Potter-Dix have different policies regarding masks and capacity requirements, both men have said that there have been few problems with fans and attendees at their events. 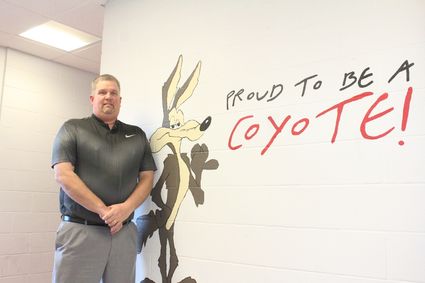 “Everybody has different opinions on the effectiveness of masks and other procedures, but for the most part people recognize that this is all about giving the kids the best possible chance to have full seasons while implementing what will work with each community,” said Michelman.

Both Newland and Michelman look forward to the winter sports season and hope for a full schedule of games and events for each activity. However, with the changing nature of the state’s COVID-19 measures, it is imperative that attendees of events check with each individual school as to their policies and procedures, as they are subject to change as conditions evolve. COVID-19 policy information for each school can be accessed at http://www.pdcoyotes.org for Potter-Dix High School, and http://www.sidneyraiders.org for Sidney High School.