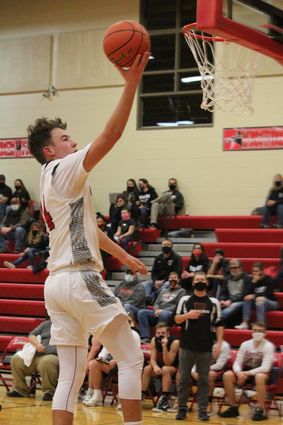 On Friday the Sidney squads traveled to Imperial to face the undefeated Chase County teams, with the Lady Raiders using a second-half rally to earn their 49-to-41 victory while the boys started fast and cruised 70-to-54 win.

The Lady Raiders engaged in a defensive battle with the Lady Longhorns, and went into the intermission down 18-to-16. But a big 20-point third quarter gave Sidney a four point lead going into the final period, and they ended the game w...