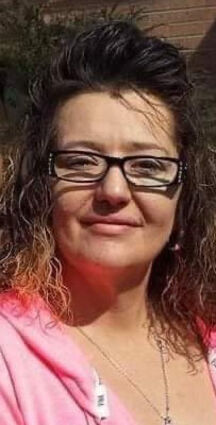 A private family service is planned. Cremation has taken place.

You may view Gena’s Book of Memories, leave condolences, photos and stories at http://www.gehrigstittchapel.com.

Gena Marie Christine Tyler was born on September 2nd, 1973 in Tulsa OK, to the parents of Mildred Collins and Kevin Tyler. She was the second of three children and grew up alongside her older sister, Sabrena, and her younger brother, Justin.

She spent most of her youth years in Colorado, where she met her husband Eloy, and formed many life-long friends.

In 1991, Gena and Eloy welcomed their first child, Roman, and Kevin shortly after in 1993.

On April 10, 1999, after already a decade of partnership, Gena and Eloy wed and commenced their eternal love for each other. Shortly thereafter, twins Santana and Savannah arrived. The family then decided to move to Sidney, NE, where they welcomed their final child, Millieanne, named after Gena’s late mother.

Gena had a strong passion for many things, but was always known by her courage, beauty, distinct spirit, and ability to make anyone laugh. Above all she will be remembered for the dedication, and unconditional love she showed for her family and friends.

Gena is preceded in death by her mother, father, and oldest sister. Survivors include her husband Eloy, five children, six grandchildren, brother Justin, and many cousins, nieces, nephews, and friends.