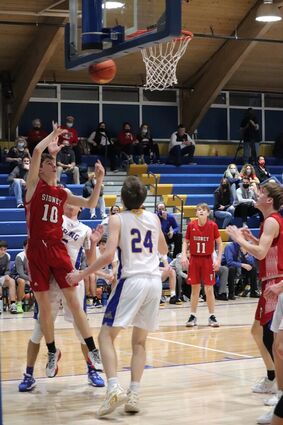 Sidney’s Red Raider Basketball team had recently gone through a stretch of good play translating into wins, but had a rough week dropping three straight contests to fall to 7-and-8 on the season.

Sidney’s week started with a road contest against Mitchell on January 12, and the Raiders had battled hard against the Tigers in a five point loss in their first meeting at the Sidney Holiday Shootout at the end of December. The game started with both teams playing fast and trading scores and Sidney took a lead at the end of the first period 16-to-12. Sidney did a great job on defense in limiti...