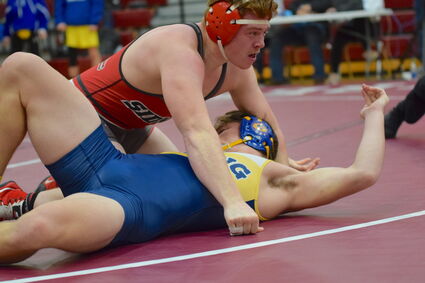 Sidney’s Red Raider Wrestling team had a tough day on Saturday at the Gothenburg Duals, placing sixth out of twelve teams in the competition. Sidney lost to Gering 46-to-30, Colby KS 42-to-30 and Waverly 40-to-27 while defeating Chadron 46-to-28 and Gothenburg 42-to-33.

Gering took top honors with a 36-to-30 victory over Broken Bow in the Championship Round, while Waverly earned third place with a 43-to-36 victory over Minden.