Where Are Our Freedoms Going? 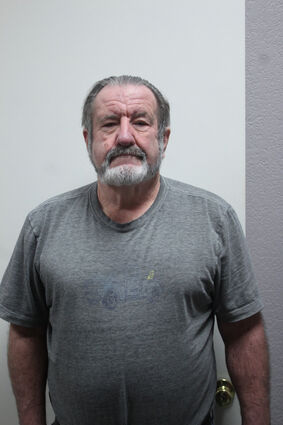 My name is David Bryan. I am an American born citizen, born in 1949 in Baylor County, Texas. I have lived my entire life in America except for a year I spent in Turkey serving my country in the United States Army.

I have always been told that America was the home of the brave and the land of the free. That I have as one of its citizens the rights of life, liberty and the pursuit of happiness. I have the right and freedom to my choice of religion and the right to worship God as I please. No one has the right, power or authority to dictate how I do so. As I write this, America is still a republic governed by the United States’ Constitution. And, unless this Constitution and this republic has been overthrown, and replaced with some other form of government and rule of law, I declare the rights and liberties the Constitution gives me.

A terrible pandemic (COVID-19) has been man-made and man-manipulated in our land and is being controlled literally by those who wish to control our lives. It is no unforeseen coincidence that it pops up when and where it wants all over our nation. There are men and women in our country who want to control our every movement and are doing so by COVID and other means. Men, with God complexes, have tried this before.

Roman emperors, Nazi dictators and many others have set themselves up as gods for us to fall down and worship them. Those who chose to deny them their power and authority were wiped out by the thousands if not millions. America was founded on principles of laws that should prevent such tyranny from ever happening here. But will America stand and continue to be a republic that has been known for its freedom or will we allow it to be overthrown and suffer the loss of the freedoms we so hold dear?

What made America great and desirable that millions of people from all over the world want to live here was not men with god complexes but freedoms and laws that protect us from those who would control us. What does the future hold, not only for this generation but for America and for our children and grandchildren? I fear that everything this nation has stood for and has strove to accomplish since its beginning is soon to be done away with unless we take our stand for our republic and our freedoms.