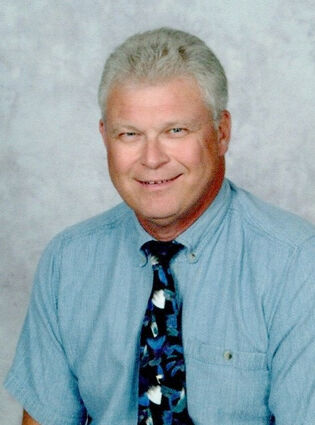 Doug was born in Sidney to Adolf and Ruth (Miller) Fastenau on August 14, 1952, and grew up in Gurley. After graduating from Gurley High School in 1970, Doug attended Chadron State College where he also competed on the track and field team, doing long jump and triple jump.

He earned his B.A. Degree in Education then began his teaching and coaching career at Wilsonville High School. Doug went on to teach and coach at Nemaha Valley in Cook then taught and coached in Sutherland.

He also taught Drivers Ed in Sutherland and many surrounding communities. Doug earned his Masters Degree in Guidance and Counseling in 1989 and was a K-12 Guidance Counselor, teacher and coach at Wallace until retiring in 2008.

On January 25, 1975, Doug wed Christine Husmann in Sidney. They had two children, Sara and Kyle, and eventually made their home in Sutherland where they have been members of Grace Lutheran Church for nearly 40 years.Doug was an active, healthy person. He loved to watch and participate in all sports, especially those his kids and grandkids were involved in and made every effort to be at all of their events and activities.

He refereed for 25 years and drove the bus for Mid-Plains girl’s basketball and Sutherland and Wallace schools. Doug loved golfing and spent several days a week at Oregon Trail Golf Course in Sutherland. He also enjoyed camping and skiing, both in water or snow, and could be seen around town walking his dogs or bike riding with Chris. Doug enjoyed biking so much that he would go along with Kyle on the BRAN (Bike Ride Across Nebraska).

What was most important to Doug was his family. He especially loved his grandkids and couldn’t go longer than three weeks without seeing them, they were truly the loves of his life. Doug will be missed so much.

Cremation was chosen. Memorial service will be 10 a.m. on Thursday, April 8, 2021, at Grace Lutheran Church in Sutherland. Inurnment will follow in the Riverview Cemetery.

Book signing is online at odeanchapel.com or at Odean Colonial Chapel at C & Sycamore, which is in charge of arrangements. In lieu of flowers, memorials are suggested to the family for later designation in the Sutherland community.