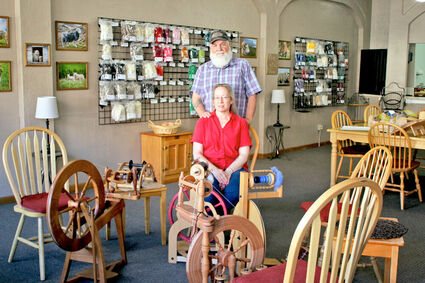 Among the many shops and coffee houses off the beaten paths in Nebraska are specific locations participating in the Passport Nebraska program.

The locations in this year's program include  a print shop, a bigfoot museum, a church made of baled straw, and a new coffee house and weaving and wool shop in Cheyenne County.

The Passport Nebraska program is being featured in the Wall Street Journal. Business participants were cautioned their role in the program could increase business by at least 25 percent. The goal of Nebraska's program is to showcase some of the state's unusual and little-known destinations.

Nebraska Passport participation grew in 2020, during the pandemic, to a record 1,185 champions from 914 in 2019. The surge is credited in part to locals staying closer to home, according to Madison Johnson, coordinator of the program. Johnson said in the Wall Street Journal that her office has printed 53,000 passport booklets, 3,000 more than in 2020.

Nebraska's Passport Program is now in its 12th year.

One of the new additions to the program is the Chuckaboo Station in Potter. The meeting place is located a short walk from a previous Passport participant, and appropriately across from the village's museum. The corner has a history as a filling station, then later became a curio shop with an extensive array of living history for visitors to see and purchase.

Teran and Drew Enevoldsen purchased the location and changed it to a new identity, a casual meeting place with drinks and light snacks available. Visitors are greeted with the sense of entering the parlor of an historic Victorian home, with the exception of a service counter, and a display of handmade candles and products.

The Enevoldsens pushed to meet the deadline of the Passport program. The goal is to offer coffee drinks and a limited selection of alcohol offerings from Flyover Brewery. 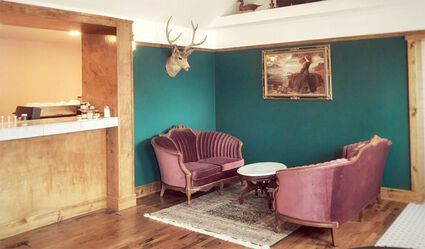 In Sidney, one of the newer businesses downtown will be on the list of stops. Laughing Lamb Fibers owners Mark and Tiann Goll are looking forward to Passport Nebraska participants. They offer classes on weaving, unique and exotic wool and weaving products from their Illinois Street store. Their exotic wool include camel and alpaca.