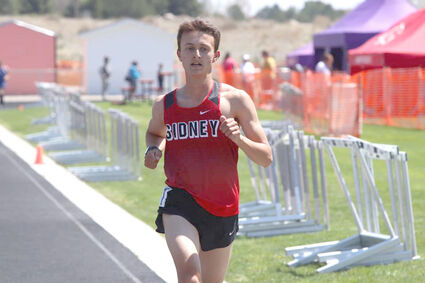 Sidney’s Red Raider Track and Field team continued their strong season, with the boy’s squad winning the Bayard B-C-D Meet on Friday and the girl’s squad placing second. The Sidney boys took first with 155 points followed by Chadron with 122, while the girls placed second with 104 points while Chadron placed first with 129 points.