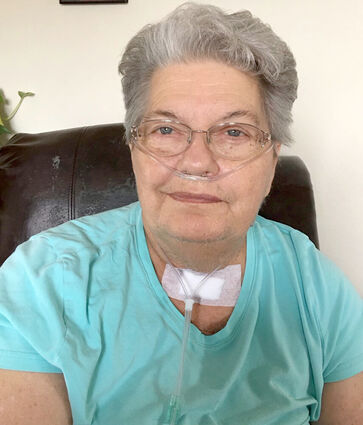 Linda Kay Brown, 73 of Peetz, Colorado was received into the arms of her Lord Jesus on Tuesday, May 11, 2021. Viewing will be held from 2 – 7 p.m., Sunday, May 23 at Chaney-Reager Funeral Home with family receiving friends from 5 – 7 p.m. A funeral service will be held at 10:30 a.m., Monday, May 24 at Sterling Berean Church with Pastor Daniel Holsten officiating. Linda will be laid to rest at 11:30 a.m., Tuesday, May 25 at Ft. Logan National Cemetery, Staging Area B in Denver, CO.

Linda was born September 4, 1947 in Denver, Colorado to John Edward “Eddy” Stratton and Gracie Mae (Hosey) Paoli. She completed her GED along with other courses from Aims Community College in the 70’s in Greeley, CO. While the children were young, Linda stayed at home and cared for her family. Later she worked various jobs in retail sales and retired after 13 years from Cabela’s in Sidney, NE. She married the love of her life, Will Arlon Brown on July 3, 1969 in Kersey, CO. They were married 51 years.

She was a member of Home Extension Group in Eaton, CO during the 1970’s and a proud member of NRA for 10 years. She enjoyed fishing, hunting, camping, cooking and baking, which led her to collect an extensive library of cookbooks. Linda cherished many road trips with her family and in her later years, she and Will had several adventures to Blackhawk and Deadwood.

Contributions may be made to the Linda Kay Brown Memorial Fund or Rocky Mountain Fisher House in care of Chaney-Reager Funeral Home, PO Box 1046, Sterling, CO 80751.