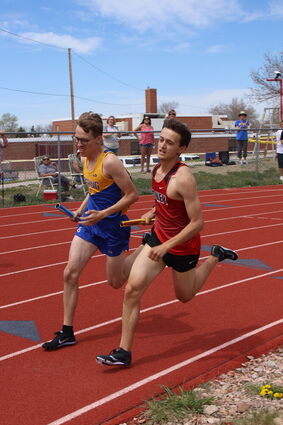 Sidney’s Red Raider Track and Field team continued its successful season on Thursday in Ogallala, with both boys and girls teams taking top honors at the B-6 District Meet.

The girls’ team had an excellent day, with senior Karly Sylvester taking first in both the Shot Put and Discus, both with personal best distances, qualifying her for both events at the State Tournament.

Freshman Chloe Ahrens won both the 100 Meter and 300 Meter Hurdles, with a personal best time in the 300 Meters, qualifying her for both events at the State Tournament.

Sidney’s qualifiers move on to the Class B State Meet on Friday and Saturday, held at Omaha Burke Stadium in Omaha.