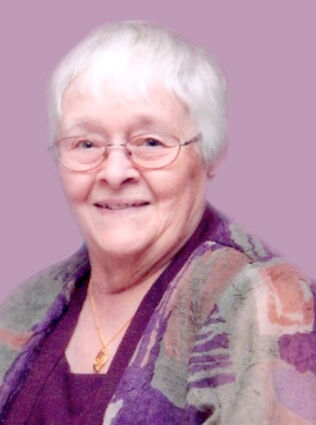 Wanda was the daughter of Violet and Carl Farmer, born December 29, 1932, in Denver, Colo., the first child of six born to this union. She attended elementary schools in Colorado, until the family moved to Sioux Ordnance Depot, near Sidney, Nebr. in March 1944. She attended Brownson School for one year, then junior high and high school in Sidney, graduating from Sidney High School in 1951. She had many happy memories of friends in school. While in high school, she work part-time for the Gift Shop Jewelers in Sidney.

In September 1951, she married Francis C. Kaduk, a security guard at Sioux Ordnance Depot, at St. Patrick’s Catholic Church in Sidney. They lived in Sidney for a time, eventually ending up in the area where he was born and raised, near Chicago, Illinois. Wanda loved to be in contact with friends, and getting letters from her were like getting a book in the mail, they ran on for a few pages, front and back. She always tried to attend school reunions and Sioux Ordnance reunions after the Depot closed in 1967, keeping in touch with many friends.

Her family of eleven girls were somewhat notable, even appearing once on Oprah’s TV show. She was a proud mother of all these girls.

A Memorial Mass was held on June 5, 2021 at Holy Trinity Catholic Church in Westmont, IL, and burial of ashes was held on June 8, 2021, at the Abraham Lincoln National Cemetery, Chicago, IL, alongside her husband. In lieu of flowers, donations may be made to Holy Trinity Catholic Church, Westmont, IL; to St. Jude’s Childrens’ Hospital or the Ronald McDonald House.