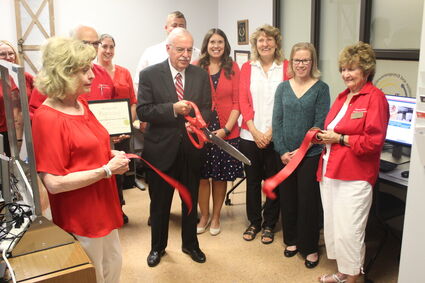 The Nebraska Department of Labor is streamlining the process for some job seekers, and moving to more up-to-date furnishings.

At Western Nebraska Community College’s Sidney campus, the location that evolved from the cosmetology program to a Business Innovation and Entrepreneurship center now includes offices for job seekers.

He said Sidney is the state’s most rural Department of Labor office, “but they do a lot.”

He said during the pandemic, when people needed employment services, Sidney never closed its office. He said the staff processed more than 200 re-employment applications. Duties conducted at the Sidney office include job coaching, helping find where the jobs are and assisting employers.

“Because it was a pandemic doesn’t mean the jobs stopped,” Albin said.

The State reopened the Sidney office with the changes at Cabela’s a few years ago in response to the expected number of job seekers.

“The team did an amazing job,” Albin said. 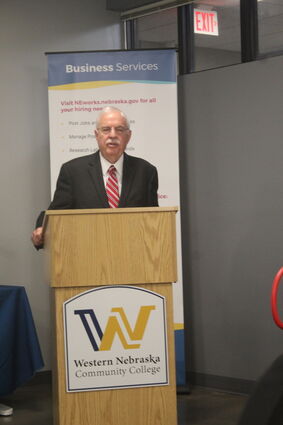 Albin referenced recently companies in the Sidney area such as Wheat Belt, NextGen Outfitters and UST Global as examples of applying the apprenticeship programs. He said Sidney’s office partners with the Sidney office of Economic Development to assist start-up companies. He added that if the pandemic has proven anything, it is that many jobs do not need an employee to live where the main office is located.

The pandemic did have its own unique challenges, according to Pierce and Albin.

Pierce said pre-pandemic contacts were frequently about re-employment; people who had been displaced and were trying to return to the work force. Albin added that during the pandemic, the stimulus checks and federal unemployment payments created “dis-incentives” to work.