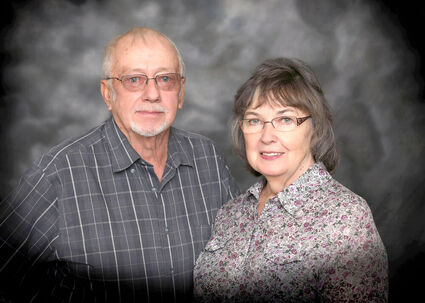 Gerald and Karen Gentry have made their home in Lodgepole for nearly 52 years.

They were married in November 1969. The Gentrys were blessed with two daughters, Ronda Sue and Lisa JoAnn. They have two grandchildren, Austin and Ember.

Gerald grew up on a farm south of Lodgepole. He graduated from Lodgepole High in 1966. His love for cars led him to build his own body shop on the old football field on the south side of town in 1980. Gerald owned and operated the shop for 36 years.

Gerald has always been community minded and has served on the Lodgepole Fire Department and Village Board. He enj...