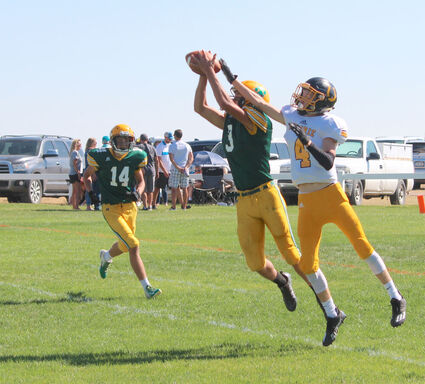 It was a busy day on Saturday in Peetz, with the annual For Peetz Sake Days coinciding with the Bulldog's Homecoming events, and the visiting Prairie Mustangs put a damper on the enthusiasm of the Peetz faithful with a dominating 54-to-18 rout of the Bulldogs. The scoring came early and often for the Mustangs, as they tallied three rushing, three passing and one kickoff return touchdown in the first half, taking a 54-to-6 halftime lead. 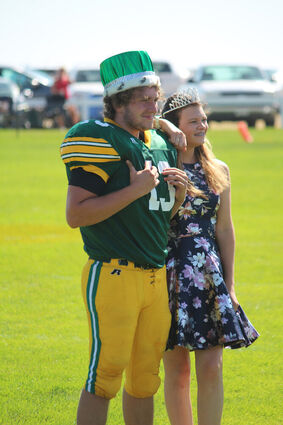 The Mustangs were just faster and stronger than the Bulldogs this time around, and had no trouble running and passing the ball against the Peetz defense. The Peetz offense struggled, only tallying 210 total yards, including a full half played by mostly Prairie substitutes. The Bulldogs were able to score two additional touchdowns in the second half, but this was a lopsided contest from the start and shows the Bulldogs have a lot of work to do to be competitive with the likes of rivals Prairie and Fleming.

Sophomore quarterback Chance Segelke went 6-for-12 through the air, for 77 yards and one touchdown. Senior Mike Kissell led in the rushing game, with 61 yards on 10 carries. Both Kissell and Segelke each pulled down interceptions in the loss.

The loss moves the Bulldogs to 2-and-2 on the season, and they next travel to Briggsdale to take on the Falcons Friday evening.