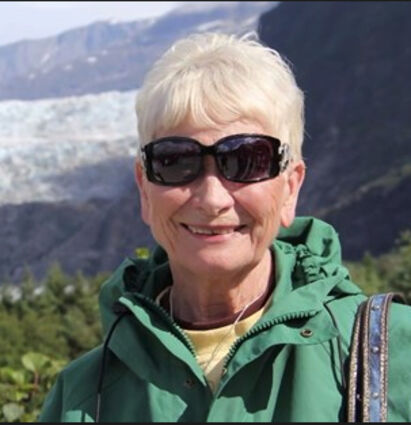 One of the highlights of the NRA Women’s Leadership Forum Luncheon & Auction is the presentation of the annual Lifetime Achievement Award. And although the 2021 recipient was honored in the same manner as many events worldwide since 2020 — virtually, through Livestream — the heartfelt sentiments given by Mary Cabela during her acceptance were received as if we had gathered as planned for the NRA Annual Meetings & Exhibits in Houston. Her remarks were replete with the love, selflessness and compassion for which she is known.

“I am humbled by being chosen to receive this award,” said Mary. “I am also humbled to understand that I stand here in large part due to God bringing my husband Dick and I together.”

Mary then accepted the award in memory of her late husband, with whom she has nine children. “My life has been blessed because of him,” she said.

The Cabelas are the namesake behind one of the world’s most recognizable and influential brands in outdoor history, starting Cabela’s in 1961 as a small hunting and fishing store. From there the store grew to become a giant in the outdoor retail world — and so much more.

The Cabela Family Foundation now supports numerous conservation projects around the world, including generously supporting the NRA Foundation and all of its 180 programs for men, women and families.

“Mary is tireless in her devotion to advancing and defending the values we all hold dear,” said NRA Executive Vice President Wayne LaPierre. “She is the foremost ambassador of great American hunting and outdoor traditions; she’s a true role model for conservation leadership; and a passionate defender of our Second Amendment freedoms."

Mary said, “Our foundation could not support the projects we have been involved in without [Dick’s] leadership and wisdom.”

As women, she said, "we are part of the fastest-growing segment in the outdoor lifestyle community. If we are to pass our God-given rights on to our children, it is us up to us to provide the kind of guidance, leadership and example that will inspire them to carry the torch into the future.”

Mary said our actions, especially those involving our children, “will echo through freedom’s cause for as long as there are good women and men willing to stand for the individual rights to liberty. The Cabela family stands with NRA. Thank you and may God bless.”