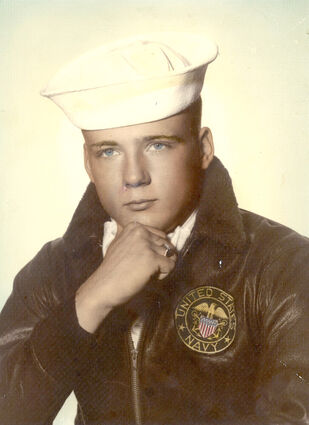 Richard “Dick” R. Heckman, age 71, of Sidney, NE passed away Monday, September 20, 2021 in Sidney. Graveside services will be held at 3:00 P.M. on Wednesday, October 6, 2021 at Greenwood Cemetery in Sidney, NE. Cremation has been held. Friends may stop at the Gehrig-Stitt Chapel on Tuesday from 1-6:00 P.M. to sign Richard’s register book and leave condolences for the family.

You may view Richard’s Book of Memories, leave condolences, photos and stories at http://www.gehrigstittchapel.com.

Richard was born in Denver, CO to parents Norman Heckman and Jean Wilson.

Richard served his country in the U.S. Navy during the Vietnam War aboard the U.S.S. O’Callahan. He worked for several years as a mechanic in Nebraska, Colorado and California.

Richard was deeply loved by his family and will be greatly missed by family and friends.

Richard is survived by son Richard M. Heckman of Texas, daughters and their spouses Jonna Wilbourn of Kansas, Lori and Dave Cesenas of Sidney, Nikki and James Weakland of California, Kimberly Gallegos of Sidney, sister Nancy, nieces and nephews and eight grandchildren.

He was preceded in death by his parents Norman and Jean, siblings Sandy, Barb, Phyllis, Gary, and one nephew Jeff Albrecht.

Rest in peace, Richard, we will always love you.