Julius Goes All In 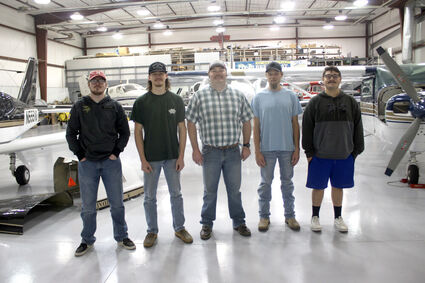 SIDNEY - When Joe Julius first agreed to take on a substitute teaching role for Western Nebraska Community College's Aviation Maintenance program, he assumed it would only last for a week or two while the college found a permanent instructor. It wasn't long after that he realized he truly enjoyed the job and found it to be a rewarding position.

He agreed to stay on as an adjunct instructor in September to finish out the first eight weeks of classes. It was the students enrolled in the Aviation program that pushed him to apply for the permanent position.

"Some of my students kept insisting that I should just go ahead and apply for the full time, permanent position," Julius said. "The longer I worked as an adjunct, the more I began to realize that this could be a really rewarding career path, and I really enjoyed teaching and interacting with the students."

Julius is no stranger to the wide world of Aviation and Aviation maintenance. His grandfather, Andrew, was a maintenance crew chief for the famed Flying Tigers in World War II. His father, Charlie, worked as an avionics man in the Marine Corps Air Wing. Both became pilots as well, later on in life. Julius followed his father's and grandfather's footsteps early on. He learned to fly as a sophomore in high school, completing his first solo flight when we was just 16.

"By the time I graduated high school, I knew that I would probably always be involved in aviation in one way or another," Julius said. "My dad was an aircraft owner, and I figured that I probably would be one day as well."

As he became more familiar with Aviation, he realized how helpful an Airframe and Powerplant license would be, so he decided to enroll in the WNCC Aviation program after high school.

"I had never really planned on making a career out of aviation maintenance, but after attending WNCC Aviation, I really feel in love with the aviation industry," he said.

While attending WNCC, he served as the Voc-Air Flying Club president, and was the student ambassador for the program. He also received the Student Leadership Award, and was a member of the Phi Theta Kappa Honor Society. After he completed the Aviation Maintenance program in May 2011, he finished his associate's degree on the Sidney Main Campus in 2013, where he served as the Student Senate President, and was named to the All-Nebraska College Academic Team.

He also held a steady position at the Sidney Municipal Airport while in college, working everything from facility maintenance to marshaling aircraft and of course helped in the mechanics shop, assisting in aircraft maintenance and inspections.

Following his graduation from WNCC, Julius worked full time for Sidney Aviation before moving to Kimball in 2015 to work for Kimball Municipal Airport. He has been a pilot for 14 years and keeps his own 1952 Cessna 170B airplane hangared at the airport in Chappell. 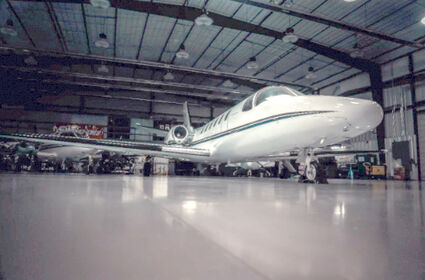 WNCC's Aviation Maintenance program is FAA approved and prepares students for entry-level aviation maintenance technician positions. Upon successful completion, the student is eligible to take the FAA examinations for the airframe and power plant license. For more information about the Aviation program visit go.wncc.edu/aviation.