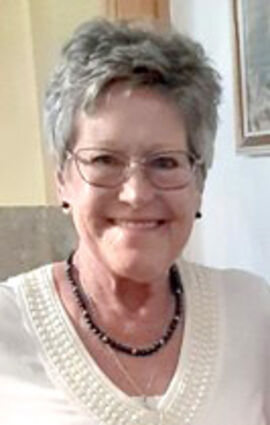 Gwen Stone passed away December 14, 2021 at Denver Inpatient Hospice surrounded by her husband, Keith and family after a long battle with cancer.

Gwen was born January 22, 1951 in Sidney, Nebraska to Henry P. “Hank” and Dorothy Meyer. Gwen attended school in Sidney, graduating from Sidney High in 1969. Gwen married Keith Stone on June 28, 1980 and they continued to make their home in Sidney. Gwen worked as Deputy District Court Clerk for Cheyenne County and for the County Attorney’s Office and for several years at the Salvation Army Store in Sidney. Gwen’s favorite job was raising her daughter Lisa Merrick and Granddaughters Chloe Merrick and Madelyn Busskohl. Gwen became a great grandmother to Arther McFaden and Novah Guenther who were her pride and joy.

Gwen was loved by all who knew her and will be deeply missed.

A celebration of Gwen’s life will occur on a later date. In lieu of flowers, donations can be made to Denver Inpatient Hospice or the American Cancer Society.