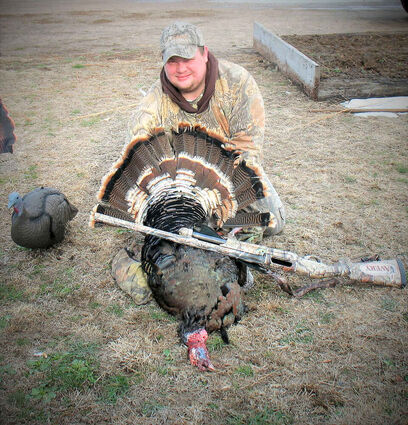 Cody Merritt George, age 34, of Sidney, NE passed away on Tuesday, December 28, 2021 in Sidney. Memorial services will be held at 10:30 A.M. on Saturday, January 22, 2022 in the Crook Community Center in Crook, CO with Pastor Kerry Johnson officiating. Those attending are welcome to wear camouflage in Cody’s honor. Cremation has been held and inurnment will be at a later date. Services will be recorded and available on our website for viewing. Friends may stop at the Gehrig-Stitt Chapel on Friday, Jan 21st from 1-6:00 P.M. to sign Cody’s register book and leave condolences for the family. Family will not be present.

You may view Cody’s Book of Memories, leave condolences, photos and stories at http://www.gehrigstittchapel.com.

Cody developed his passion for animals and hunting at a very young age. He dreamed of taking hunting trips all across the country and around the world.

He could rattle off all sorts of interesting facts about the animals he wanted to hunt and the equipment he would use to hunt them. This love of all things hunting eventually led him to working at Cabela’s in Sidney. On his days off, you could find him shooting his bows and sporting camo as much as he could.

Cody is survived by his parents Kevin and Jennifer George of Ovid, CO. His sister; Crystal Jo, her husband Rion Bruns, and nephews Braylon and Caiden of Proctor, CO.

In lieu of flowers, a memorial has been opened at Points West Community Bank in Cody’s name.  Deposits can be made at any of their locations.

Cody was preceded in death by grandparents Bill and Flossie Johnson and Callens and Wanda George; all of Pampa, TX.