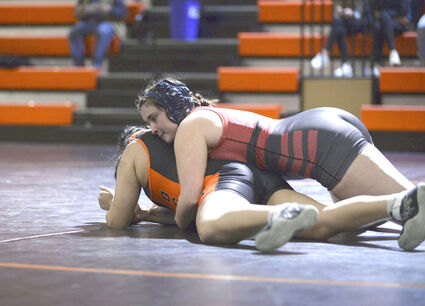 Sidney's Red Raider Boys Wrestling team ended 2021 with a bang at the Ogallala/McCook Triangular on December 29, victorious in both matches against their rivals. Big wins by Landon Hanes at 285 lbs., Jeremiah Roggasch at 220lbs., Jashawn Davenport at 145 lbs., Colby Langley at 138 lbs., Austin Munier at 126 lbs., and Chance Houser at 113 lbs powered Sidney to 47-to-27 Meet win over Ogallala.

The Red Raiders had even more success against McCook, with most of the wrestlers winning by Fall, and Sidney dominating the mat and building an insurmountable lead early. Sidney finished with four wins by Fall in a row and took the Meet victory 63-to-18.