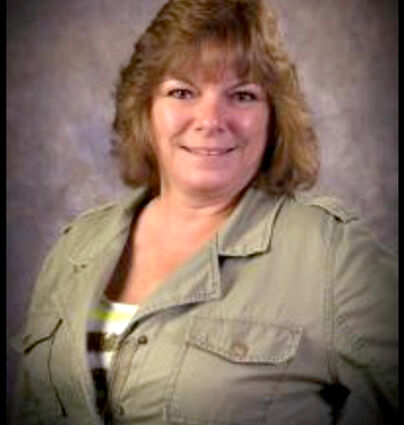 In lieu of flowers we would like donations to go to Plains West CASA, 1108 10th Ave. Sidney, NE 69162 because our mother loved to help children of all ages. Friends may stop at the Gehrig-Stitt Chapel on Monday from 1-6:00 P.M. Family will be present from 4-6:00 P.M.

You may view Lori’s Book of Memories, leave condolences, photos and stories at http://www.gehrigstittchapel.com. Gehrig-Stitt Chapel & Cremation Service, LLC is in charge of Lori’s care and funeral arrangements.

Lori was born in Ventura, CA on October 11, 1965 to Marvin and Gertrude (Kleven) Kosemund.

Her family moved to Australia in 1967 and back to Ventura in 1969. In 1970 the family moved to Malaysia and many places including Utah, Denver, Kimball and settled in Sidney in 1979.

Lori joined the Auxiliary Fire Station in 1990 and was a member for 5 years. She worked at the Cheyenne County Attorney’s off for 10 years and the Clerk of the Court for 10+ years. She was an ordained minister and married all of her children and many other couples as well.

She is preceded in death by her parents.