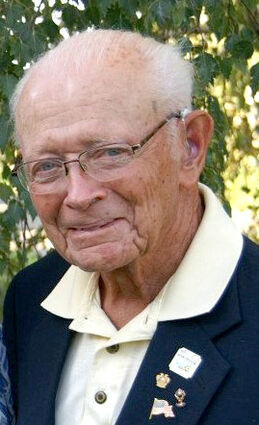 Vincent C. Havorka Jr., age 99, went to catch his T-time at the most beautiful golf course he could ever dream of, on January 25, 2022. Memorial services will be held at 10:30 A.M., Thursday, February 3, 2022 at the Holy Trinity Lutheran Church in Sidney, NE with Pastor Chad Rademacher officiating. Inurnment will take place in Greenwood Cemetery in Sidney with full military honors. Services will be recorded and available on our website for viewing. Friends may stop at the Gehrig-Stitt Chapel from 1-6:00 P.M. on Wednesday to sign Vince’s book and leave condolences for the family.

You may view Vince’s Book of Memories, leave condolences, photos and stories at http://www.gehrigstittchapel.com.

Vincent Clinton Havorka Jr. was born on August 6, 1922 in Randolph, NE to Vincent (Bake) and Amanda (Hintz) Havorka.  He was the oldest of four, all raised in Randolph.

At an early age, Vince Jr. started working at the family-owned Bakery Café.  His job was to slice and wrap the freshly made bread.  Many early mornings were spent watching the bakers knead the dough and put it into loaf pans and onto racks that went into the large baking oven.  Up before dawn, a strong work ethic, persistence and a gregarious nature were his approach to his long, well lived life.

He graduated from Randolph High School in 1940 and shortly after moved to Los Angeles, CA. While there he worked for Lockheed Martin building aircraft used in World War II.  In his 20’s, he decided he wanted to join the Navy.  Even though his bad feet disqualified him, he talked the first doctor into passing him anyway because, “All I ever wanted to do, all my life, was to be a Sailor on a US Navy ship.” His experience at Lockheed Martin kept him in the service, never on a ship, but on land working as a first-class machinist.  His one adventure on a big destroyer ship was when he was discharged and sailed to San Pedro for release.  Vince then hitched a ride, in his sailor suit, to Compton, CA and then back to Columbus, NE in 1945.

In 1946, he and his younger brother Calvin, went to Omaha, NE and acquired the Ford Franchise for Randolph and Laurel, Nebraska.  As young boys he and Cal would go across the street from the bakery in the afternoon to watch the mechanics at the Ford Dealership that was there in the 1920s and 30s. He was indoctrinated into the Ford business and the workings of cars at a very early age.

Also, after the Navy he and Calvin ventured into flying airplanes.  They learned to fly in a friend’s Piper Tri-Pacer, later they purchased their own Piper Cub.  Many adventures were had landing in open fields in Eastern Nebraska and Iowa.

Vince met the love of his life in the late summer of 1952 when his little sister Barb introduced him to Odelia (Dee) Bauer from Sioux City, IA.  The girls had been vacationing in California and arrived back in Randolph to have a beer with Barb’s brother.  It was love at first sight.  Vince wooed Dee by picking her up for dates in the latest new Ford, even a convertible.  Dee and Barb moved to Rapid City, SD to seek out new careers.  But Vince didn’t give up.  He wrote her a letter nearly every day.  And on the weekends, he flew up to see her in Rapid City. He won her over and they were married on December 29, 1952. Their life together started out in Randolph, where they began to raise a family of seven children, three girls and four boys. They were married for 68 years.

In 1966, Vince was asked to become the business manager for Western Nebraska Technical College near Sidney, NE.  He and Dee went out West to have a look at the possibility.  The schools were nice, the town was nice, the golf course was wonderful.  It was an easy decision. They piled the seven kids into the last new Ford he would purchase as the dealer, a big Ford station wagon with a trailer hitch.  The family lived on the grounds of the Vocational College, which was the former Sioux Army Depot. In a barracks building built to house four families, there was plenty of room for the growing family to spread out.  It was a perfect place–so much space, so many things to explore.

His background with airplanes helped him convince the Director of the school to start an Aviation Department and teach people how to fix airplanes.  Vince bought a wrecked Cessna 140, and that was the first airplane the school used to start aviation training. Vince flew that airplane to Sidney from Vo-tech many times.  He would lift off from the landing strip the Heavy Equipment School had built for the flight school per his request.

In 1975 the family moved from Vo-Tech to Sidney.  A house near the golf course was inevitable, one close enough to drive the golf cart to, even better.   In Sidney, Vince worked as a car salesman for Sidney Ford.  He later became the salesman for the used cars they sold on Illinois Avenue in Sidney.  Eventually, Sidney Ford closed and Vince opened his own small used car lot on Jackson Street.  After a few years Vince and his oldest son Dan purchased the corner lot on 12th and Illinois.  Havorka Motors was in business for 35 years selling and renting cars, as well as doing oil changes and car repairs.

Forever a golfer, he was on the course as soon as he could get off work.  Frequent rounds of golf, countless tournaments, and numerous adventures to courses in many states.  The clubs were always close at hand.  He organized an ongoing scramble tournament in Sidney that hooked up every Thursday afternoon.  Vince never missed an opportunity to play 18 holes or 36 holes of golf.  Dee golfed too and was his companion in Sidney and when they traveled.  Dee scored a hole-in-one in 2005, while golfing in South Dakota with Dad and Barb and Bob Gartner.  Not to be out done, Dad scored a hole-in-one in 2015, while golfing at his favorite course, Emerald Canyon near Parker, AZ.

Always a runner, in the early 60’s he was out pounding the streets for a 5-to 6-mile jog in the late afternoon.  Dinner always had to wait until Dad was done with his run.  Later, in the 70’s and until recently, he was up before dawn for a 3-to 6-mile run on the regular loop.  The Oktoberfest race was his favorite for years: had to do the 10K because he “Just got warmed up doing only the 5K”.  He participated in the Bolder Boulder 10k in Colorado a few times and enjoyed finishing in the big stadium to a crowd of people.  Many people met Vince out running in the early morning hours of the day, nearly every season of the year.

Vince became a member of the Sidney chapter of BPOE Elks Lodge #1894, in the mid 60’s, he became an Exalted Ruler and State Tiler.  He was a member of The Masons, the American Legion, and the Airport Authority.

A golfer, a runner, and a pilot until his bad eyes and bad hearing made him stop. Ready for a game of gin rummy anytime, and always with his eyes on the stock market.  Traveling to AZ for golf and a little gambling was the best of times in retirement.  An accomplished gardener, don’t even get me started on those tomato plants!  Fruit trees and his lush green lawn.  With his endless amount of energy, “There is no such word as can’t!”  He never stopped getting something started or done except when he sat down in a chair about 7pm, then it was lights out!  But don’t turn off the TV, “I was watching that!” 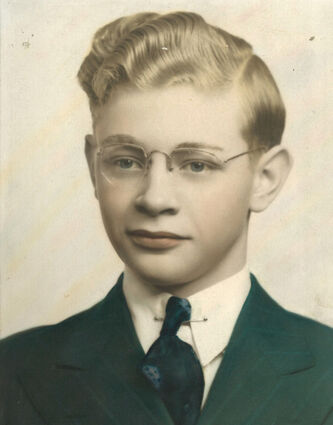 In lieu of flowers, donations can be made in care of the family for further designation of a memorial, 2652 Verde Lane, Sidney, NE 69162.