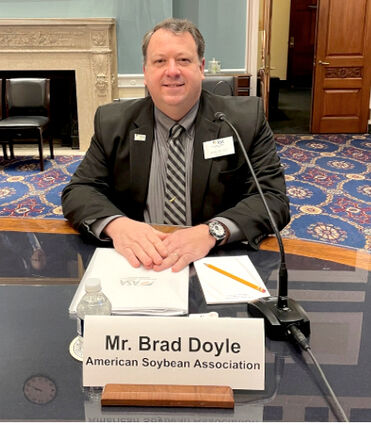 “If there were ever a time that the farm safety net was designed for, it was the trade war in 2018 and 2019. Factors well outside farmers’ control structurally shifted, collapsing much of the demand for U.S. soybeans,” Doyle said. “If soybeans, the second-largest crop by area in the U.S., did not receive help through Title I during this critical situation, it is hard to imagine a scenario where the Title I safety net could provide meaningful help with the current reference price. It is clear that improvements are needed to make the farm safety net effective for soybean farmers.”

Read Doyle’s full testimony here. A video of the hearing is available here.

Below is a select roundup of the many media stories covering Doyle’s testimony:

Feed&Grain also highlighted Doyle’s statement that if soybeans didn’t receive help under Title I during the U.S. China trade war, it’s hard to imagine a situation where the safety net could provide meaningful assistance.

The current five-year farm bill is set to expire in 2023. In preparation for farm bill reauthorization, ASA will continue to engage with policymakers to ensure a secure safety net for U.S. soy growers in the next bill.