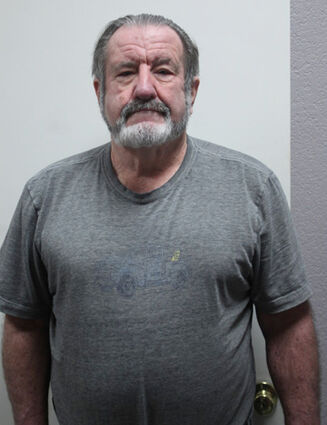 In the first century A.D. a baby was born; His name was Jesus.  It was prophesied that He would become the King of the Jews.

At the time of His birth a king ruled over Judah by the name of Herod.  Herod, like many kings, was notoriously known for his cruelty to anyone who was a threat to his throne. W

hen he heard of the birth of Jesus, he immediately devised a plan to kill this innocent baby.  He sent wise men to find the baby and told them to come back and tell him where the baby was so he could go to worship Him.  The wise men were warned by God not to return to Herod.

Thwarted by the wise men, Herod ordered his soldiers to kill all male babies in and around Bethlehem who were two years old and under; this order was carried out with the loss of the lives of hundreds of innocent children.  Warned by God, Jesus’ parents escaped to Egypt with their baby and His life was spared.  Thirty years later another Herod was king and was partially responsible for hanging an innocent man, Jesus, on a cross.  Over His cross were the words “King of the Jews.”

Within the last month, we have heard the horrible news that Russian President Putin has switched some of his deadly attacks against the Ukrainian soldiers to innocent women, children, the elderly and sick that are in hospitals.  Innocent babies are being born in underground shelters and if Putin has his way they will be his next casualties of war.  These babies are unable to protect themselves, most of them  (if not all of them) don’t know or understand the threats against their lives.  They may not live long enough to know the love of God or their parents.  If they do survive, their parents may not, and they will be orphans.

While you and I are contemplating those who have been and are being killed (innocent babies); I pray that you will also think about the millions of lives that are being destroyed by abortion, not only in America but all over the world.  These lives haven’t breathed a single breath of fresh air; they haven’t seen the faces of their mothers and fathers, brothers and sisters and grandparents.

They haven’t been given their God-given rights to life, liberty and the pursuit of happiness.  Compared to the deaths of the innocent lives that Herod and Putin are responsible for; the number of deaths taken in abortion is far greater.  Those who promote and support abortions are even more heartless and cruel than Herod, Putin and men like them.  We call ourselves human beings but those who endorse and take innocent lives are no better than a savage beast.  A savage beast kills for food and survival; Please explain to me why men like Herod, Putin and abortionists kill innocent babies?