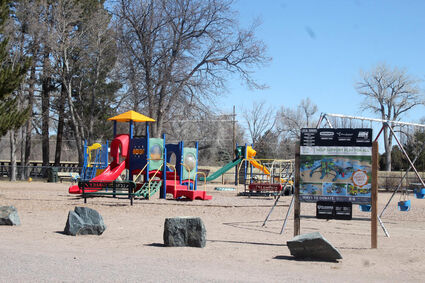 As the summer sun arrives, so will new opportunities. Children of all abilities will be welcomed in the same park and on the same equipment as the Legion Park playground will be updated with play equipment for all children.

More than two years ago, a few Sidney area residents had a vision of better, more inclusive play equipment at Legion Park.

The goal was to design a play environment welcoming to children with mobility challenges, developmental issues and for children who do not have special needs.

Formally, the process started with Madi Wilkinson and Ally Benzel approaching the Sidney City Council with their idea. At the time, they were speaking for a group of about 10 supporters. That was in December 2020.

Their dream came with a lofty price tax, a price that increased as the economy changed. Even then, the estimated cost of the updated playground was estimated at $750,000.

After numerous fundraisers, grant applications and donations from local companies and organizations, the Sidney Park Project reached its goal, and then some. The home stretch was completed with the organization's “30K in 30 Days” campaign, matched by an anonymous donor. 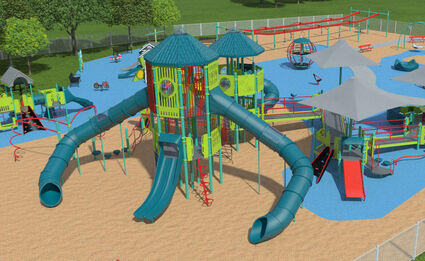 She said volunteer labor will be working on the playground April 23 to remove current playground equipment.

The City of Sidney approved $40,000 in ACE funding for the project, and Cheyenne County committed Keno funds. The majority of funds came from private sources.

Wilkinson said it is expected to take six to eight weeks to complete construction of the new playground, weather permitting. That would put project completion about the middle of June, she said.

Wilkinson was excited to announce the news of the funding drive completion, noting the time commitment to reach their goal.

“This project has been years in the making,” she said.