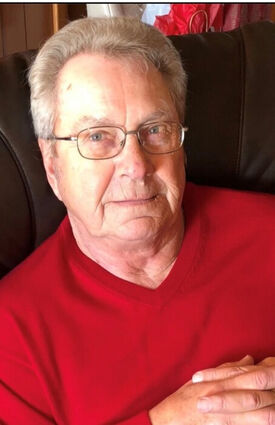 Stewart graduated high school in Gurley in 1963 and went on to join the United States Air Force in 1965.  During his time in the service, Stewart served in the Vietnam War and earned many decorations, medals, and ribbons. Stewart retired from the Air Force as a Master Sergeant in September of 1985. He then began his 16 year career at Texas Instruments in Abilene. He met his wife Mary Jo Collins in Abilene in 1992 and they married in May of 1997. Stewart retired for the second time from Texas Instruments in 2001.  He and Mary Jo eventually moved to Baird, TX.  Stewart worked for Abilene Lumber from 2002 until 2021.

Stewart bowled a 300 game and was awarded a “Perfect Game Ring” in 1998. He also enjoyed woodworking in his shop where he built multiple models, furniture, and keepsakes that left his grandchildren with a legacy of his talent.

Stewart was preceded in death by his parents as well as his brother Bruce and wife Cathy, plus two beloved nieces Brenda and Kelly.

Services were held at the Texas State Veteran’s Cemetery in Abilene, TX. on March 1.