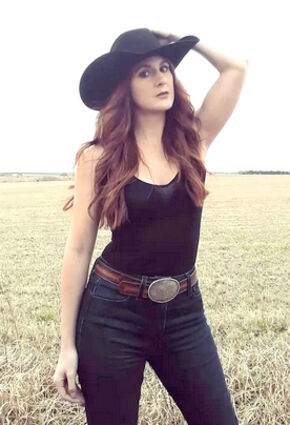 Chestnut, from the southwestern Kansas town of Americus, just northwest of Emporia, has been nominated Rocky Mountain Country Music Awards from 2017 to 2021.

Her music reflects her rural roots. Growing up in a small farm town, she developed a love for the sweet, twangy sounds of old school country music, and that is what she aims to bring back to the modern country scene,” according to her website.

She started writing and performing music as a young teen and continues to tour the country playing in festivals, fairs and community events. She has opened for acts including Gary Allan, Eli Young Band, Tanya Tucker, Ned Ledoux, Sunny Sweeny Restless Heart and Shenandoah. She was also a contestant on season 20 of The Voice, earning a spot on Blake Shelton's team.

“Prairie Fire,” the title track of her most recent album, made it to the top 60s on the Texas Regional Radio Charts in 2020.

On Monday, March 28, the Fair Board voted to host chestnut as a solo act; no opening act.

Cost of the tickets is still being finalized.

The board also approved upgrading of the rodeo arena, and discussed handicap-accessibility at the fairgrounds.

The Fair Board will be seeking support from the community again this year in the form of advertising banners. The banners will be sold, including the banner, for $400 each.

The Fair Board also approved an agreement with Kent From for rodeo services.