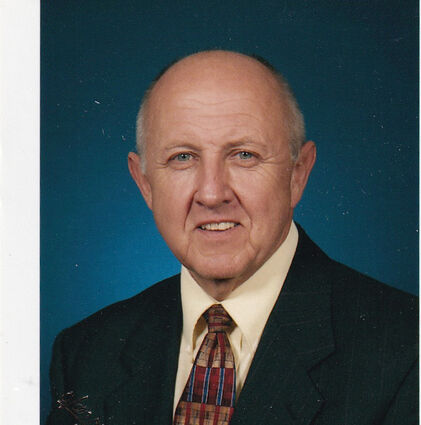 Matthew 27:35 And they crucified him, and parted his garments, casting lots: that it might be fulfilled which was spoken by the prophet, They parted my garments among them, and upon my vesture did they cast lots.

I fear we have heard said, “Christ died for our sins.” to a point we begin to form an attitude about the crucifixion of Christ that trivializes His suffering. Children hear that statement and receive Christ and do not begin to fathom the magnitude of the horror. Young children do not need to hear the details of crucifixion but at some point in life, Christians should hear of this extreme and ultimate sacrifice Jesus made for mankind.

His suffering is beyond comprehension. If we have severe injuries, we are immediately given pain killers. Jesus had no pain killers. To cause suffering was the goal of the Roman soldiers. In today’s world we are not allowed to feel pain. I’m aware some reading this will disagree, but compared to crucifixion, we are mostly protected from pain.

The Bible provides us very little information about the crucifixion of our Lord. We are told in Matthew 27: 35, “And they crucified Him.” Several of the Old Testament writers described His suffering or that He was to be crucified.

Psalm 22: 14-15 “I am poured out like water, and all my bones are out of joint: my heart is like wax; it is melted in the midst of my bowels. “My strength is dried up like a potsherd; and my tongue cleaves to my jaws; and thou hast brought me into the dust of death. King David described what Jesus would feel; the misery of His suffering.

Psalm 22: 17 “I may tell all my bones: they look and stare upon me.” This seems to indicate Jesus’s bones were exposed from the flogging. Historians tell us of many cases of crucifixion where this was the case.

Pilate first had Him flogged or scourged. Flogging by the Romans was much more severe than by the Jews. Roman scourging was so severe, the law did not allow Roman citizens to suffer such a punishment.

A whip was used called “a cat of nine tails.” Strips of leather, usually about three feet long were tied to a handle. Pieces of sharp rock or bone were attached to the ends. The whip was also called a flagrum. The whip master was highly skilled in administering the flogging.

It was his job to inflict pain and cause extreme bleeding. After the first few lashes, the victim usually became incontinent. Many victims had feces smeared in the wounds to cause infection and increase suffering.

The victim was tied to a post or tree. The beating was given from the shoulders to the lower legs. The whip was slung with as much power as possible by the whip master with the intention of burying the pieces of rock and bone on the ends deep into the victim’s flesh. It was then ripped out with great power. Tremendous wounds were inflicted. Cuts were made into veins and arteries and even into organs. Victims were known to have been disemboweled.

Many victims of scourging died before being crucified from shock or blood loss. Jewish (Old Testament) law called for forty lashes less one, Deuteronomy 25:3.

Crucifixion was a method of execution used by the Romans for over 600 years. Finally after 600 years, in 336 AD, Emperor Constantine, when he became a Christian, abolished crucifixion calling it cruel and unusual punishment.

At one time the Romans had six thousand Jews nailed to crosses on the road between Jerusalem and Damascus. Any statement a Jew made sounding the least like insurrection resulted in him being nailed to a cross. The Romans lived in constant suspicion of a revolt by the Jews and crucifixion was their way of dealing with that fear. Crucifixion was used as a deterrent by the Romans.

The purpose was not only to inflict pain, but to cause humiliation as the victim was usually nailed to the cross stripped of all clothing. In many cases, dogs were allowed to eat the flesh of the victim before death. Depictions of a cross being high in the air are not necessarily accurate.

After Jesus’ flogging He was forced to carry His cross on the Via Dolorosa. What we might call an alley, in places the passage is very steep and the large stones make walking difficult.

At Calvary, Jesus’ body was literally thrown down on the cross. A Roman soldier slammed His forearm on to the cross beam and held it in place with his knee. The nail was about three-eighths inch in diameter and probably about eight to nine inches long. It had most likely been used before. Then the nail was driven through His wrists and ropes placed around His arms to hold Him on the cross until it was raised to a vertical position.

The Roman knew there was a place in a wrist and if he could hit it, terrible pain would be experienced. We now know a large nerve runs through the wrist. Jesus’s feet were probably pulled to the sides of the cross and nails driven through His heels. Many believe, His feet were bent down and one nail was driven through the tops of both feet.

An archeological dig in 1968 near Jerusalem found a heel bone with a bent nail still through it.