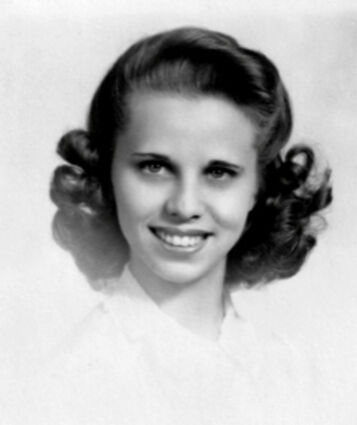 Mary Jane Echternach passed away February 21, 2022 in Chicago, Illinois at the age of 98. She was born Mary Jane Taylor, January 30, 1924 in Boone, Iowa the second child of Isreal Evans and Grace (Parrish) Taylor.

Raised in Boone, she married local Boone boy, Melvin Richard (Dick) Downey, December 9, 1944. After receiving her registered nursing degree from Broadlawns Hospital in Des Moines, Iowa in 1945 she took advanced OB/GYN training at the University of Chicago before serving her country in the Cadet Nurses Corps at the Norfolk Marine Hospital, Norfolk, Virginia.

After WWII she returned to Boone, Iowa and nursed at Boone County Hospital. She moved into general practice assisting Dr. Gerald Sutton before gaining her advanced nursing degree from the University of Minnesota and becoming the Boone High School Student Nurse. She moved to Chicago, Illinois with her husband but returned to Iowa after “Dick” Downey’s death, September 23,1966.

She married John Norman Echternach, another Boone boy, on June 26, 1967 in Buena Park, California and moved with her second husband to Sidney, Nebraska where she served as the Sidney High School Student Nurse until retirement. Mary Jane and John moved to Lakeland, Florida where they resided until John’s passing, July 27, 2009.

Mary Jane later returned to Chicago, Illinois to be with her family. She loved golf, skiing and contract bridge. She was an active member of Eastern Star, P.E.O. Sisterhood and a 25 year member of the Kings Daughters and Sons. She was preceded in death by her parents, two husbands and brother, Evan J. Taylor of Atchison, Kansas. Mary Jane is survived by one son, R. Brett Downey and his wife Judy of Chicago, Illinois, two granddaughters, Megan Puntillo and Shanna O’Brien and seven great-grandchildren. She is also survived by three of her second husband’s children, five step-grandchildren and one step-great grandchild.

Mary Jane donated her body to science on passing. A graveside service will be held in her honor at Linwood Cemetery in Boone, Iowa when her ashes are returned to the family.