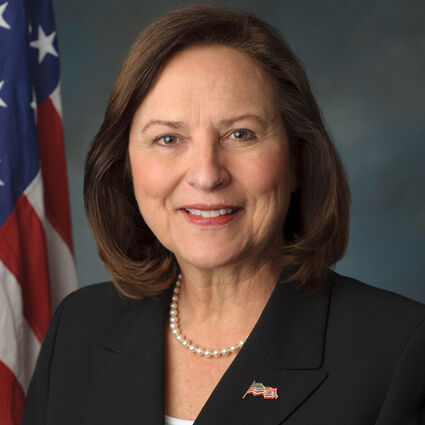 As the weather warms up this spring and summer, thousands of Nebraskans are planning to visit our state’s many national treasures and other historic sites.

From Homestead National Historic Park in Beatrice to Scotts Bluff National Monument in the Panhandle, Nebraska has so much to offer.

One of my favorite places to visit is the Niobrara National Scenic River. I grew up in Lincoln, but after I married my husband, Bruce, we moved to his family ranch in Cherry County. My adopted hometown of Valentine sits on the river’s northern bank.

Visitors can enjoy tubing, tanking, and other outdoor activities on the Niobrara. Backpacker magazine named it one of the 10 best rivers for canoeing in the entire country. The river is also home to incredible natural beauty: Several waterfalls, including the tallest in Nebraska, feed into the river from the cliffs and canyon walls that rise high above the riverbanks. And just north of Valentine, the Fort Niobrara Scenic Overlook offers breathtaking views of the Niobrara River and the surrounding Sandhills.

There are few better places in Nebraska to spend a hot summer’s day.

Not far to the south, the Loup Rivers Scenic Byway invites visitors to discover one of Central Nebraska’s hidden gems. Beginning in Wood River, the byway heads north to Elba before tracing the path of the North Loup River to Dunning. In all, road trip lovers can explore 150 miles of beautiful highway in the Loup Valley.

In Southeast Nebraska, history buffs can visit Homestead National Historic Park. The Homestead Act of 1862 transformed not just Nebraska, but the entire country as pioneers streamed west in search of land. This bill allowed settlers to claim 160 acres of federal land for only $10 – all they had to do was live on the land for five years and show that they had improved it, usually through farming.

In fact, the first American to successfully claim land under the Homestead Act was a Nebraska farmer named Daniel Freeman. He settled on a farm outside Beatrice, where Homestead National Historic Park now stands.

I was proud to help lead the legislation that recognized this special place as a National Historic Park last year. Homestead will now be able to tell the story of our pioneer ancestors for generations to come.

Other historic sites in Nebraska aren’t confined to just one place. Instead, they span hundreds of miles and sometimes several states. For example, the Lewis & Clark National Historic Trail is almost 5,000 miles long, beginning in Pittsburgh, Pennsylvania, and running through Northeast Nebraska before ending in Oregon. The Pony Express National Historic Trail also covers nearly 2,000 miles and passes through Kearney and Scottsbluff on its way through Nebraska.

And don’t miss the Western Trails Scenic & Historic Byway. This 144-mile highway between Ogallala and the Wyoming border allows you to follow the same path that 19th-century settlers would have traveled as they headed west.

These are just some of the ways you can get out and enjoy Nebraska this summer, but there are many more as well. And as you make your plans, you can count on E15 being available throughout the summer driving season. I have led the effort in Congress to make E15 available year round, especially in the summer, and this summer will be the first step to making that permanent.

Nebraska has so much to offer lovers of the outdoors. I hope you can take advantage of these opportunities to see what makes our state so beautiful and unique this summer.