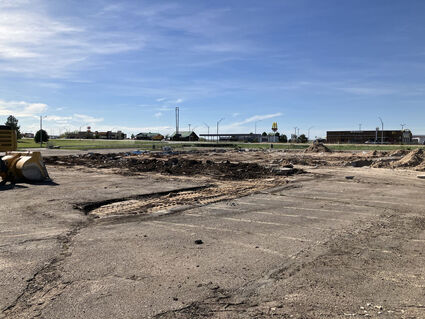 The site that previously offered a coffee with a variety of omelets, burgers and desserts will soon be the place for fuel, pizza, sub sandwiches and various other menu items.

After months of anticipation, workers recently demolished the former Perkins restaurant and are preparing the site for a new Maverik. Maverik currently has three stores in Nebraska, all in the Panhandle area: Scottsbluff, Chadron and Alliance. The Sidney location at Old Post Road and Upland Parkway is scheduled to open in January 2023. Actual opening date is yet to be determined, according to Maverik Communications Director Michelle Monson.

“The store will feature Maverik's vibrant “Adventure's First Stop” branding as showcased in our newest stores with panoramic landscape photos of the outdoors in Nebraska and topographic maps on the store's walls, adventure imagery and video content on the store's TVs and gas pumps, and televisions in the fountain dispensers,” Monson said.

The Sidney location will be a little more than 6,000 feet in size, including the store, RV dump, truck and RV lanes, and picnic area. The store will promote its BonFire food line and “Bean to Cup” coffee program.

The Sidney Maverik will be open 24 hours a day, seven days a week.

“Maverik is always looking to enter and consider expanding in areas where customers have unmet needs for fueling, great food, and adventure. We’re excited about our growth in Sidney look forward to exploring additional opportunities to serve even more Nebraska customers,” Monson said. 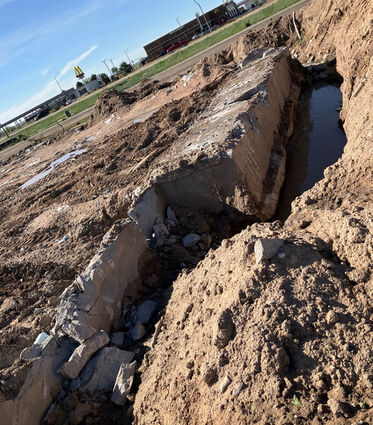 Maverik — Adventure’s First Stop fuels adventures in more than 390+ locations and growing across 12 western states, making it the largest independent fuel marketer in the Intermountain West. Locations include Arizona, California, Colorado, Idaho, New Mexico, Nebraska, Nevada, Oregon, South Dakota, Utah, Washington, and Wyoming. Maverik is known for its premium BonFire™ food, made fresh in every Maverik, every day, and awesome values on fuel, drinks, and snacks. Maverik sells exclusive products in its BonFire™ fresh-made food menu and “Bean to Cup” coffee blends. For more information, visit maverik.com, Facebook, Instagram, Twitter, or YouTube. To save on every gallon of gas, earn free stuff, and get great deals with an Adventure Club card or a Nitro card, join the club by downloading the mobile app.